Home > Back to Search Results > American items from the conclusion of the war...
Click image to enlarge 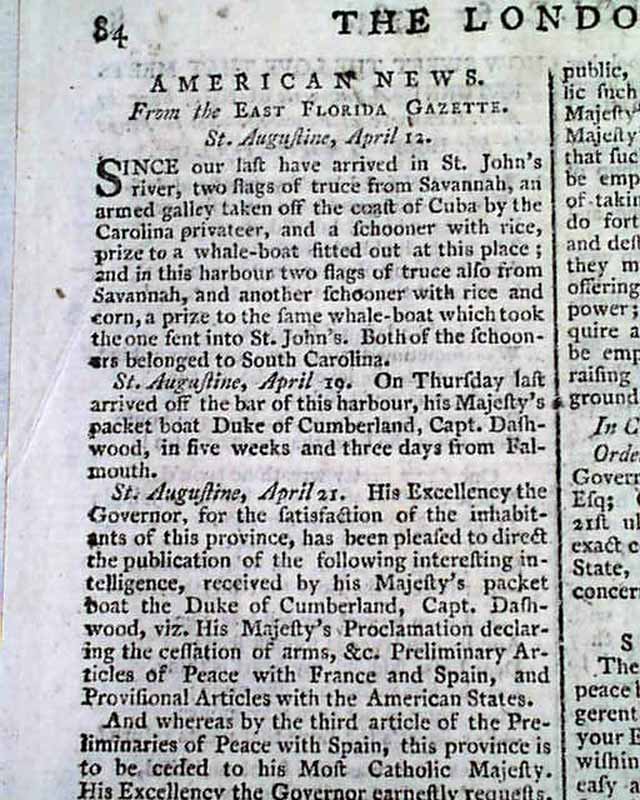 American items from the conclusion of the war...

Two-thirds of page 4 are taken up with: "American News" including a Proclamation concerning plans for he evacuation of Loyalists. Also several news items from St. Augustine, and a letter from Savannah which includes: "...If, as we are led to believe, East Florida is to be evacuated, I request your Excellency to take the earliest opportunity to prohibit the transportation of such property belonging to the people of this state, particularly negroes as may ow be in the possession of the inhabitants of that prince..." with more.
Page 5 has a report from Charleston concerning work of the Committee of Correspondence. The bkpg. has a report: "A letter form Augustine...says that the  Southern Indians, on hearing that peace was made with America & Florida given up to the Spaniards..." with more on this.
Eight pages, 8 1/4 by 11 inches, very nice condition.