Home > Back to Search Results > Details of being confined in the Bastille, 6 years before the French Revolution....
Click image to enlarge 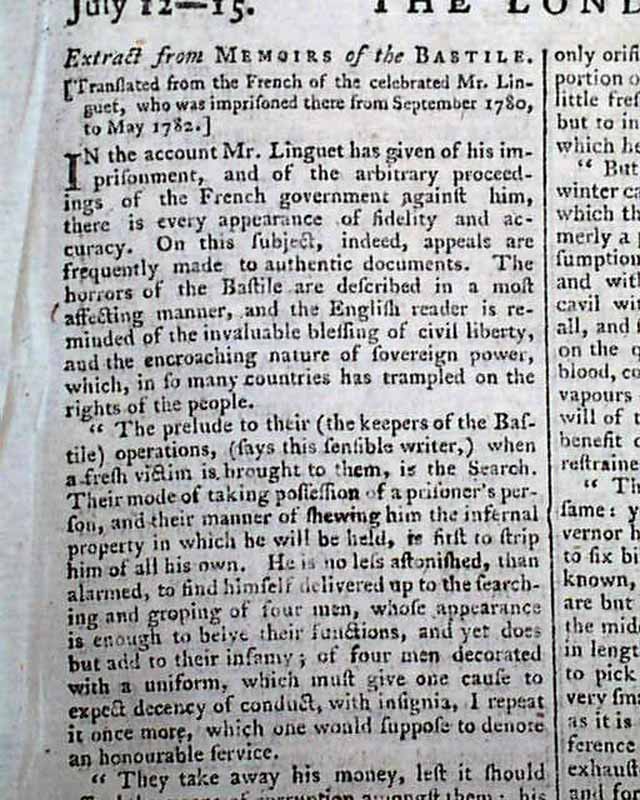 Details of being confined in the Bastille, 6 years before the French Revolution....

Page 7 has an: "Extract from Memoirs of the Bastile", the famous Paris fortress that was used as a prison for political dissidents by the royals of France. Its storming in 1789 was the catalyst of the French Revolution.
The article has interesting details including: "...when a fresh victim is brought to them, is the search. Their mode of taking possession of a prisoner's person, and their manner of shewing him the infernal property in which he will be held, is first to strip him of all his own...They take away his money...his jewels...his papers...they drag him to the cell destined for his reception. These cells are all contained in towers of which the walls are at least twelve, and at the bottom thirty or forty feet thick. Each has a vent hole..." with more detail (see).
Eight pages, 8 1/4 by 11 inches, very nice condition.