Home > Back to Search Results > Loyalists are being humiliated...
Click image to enlarge 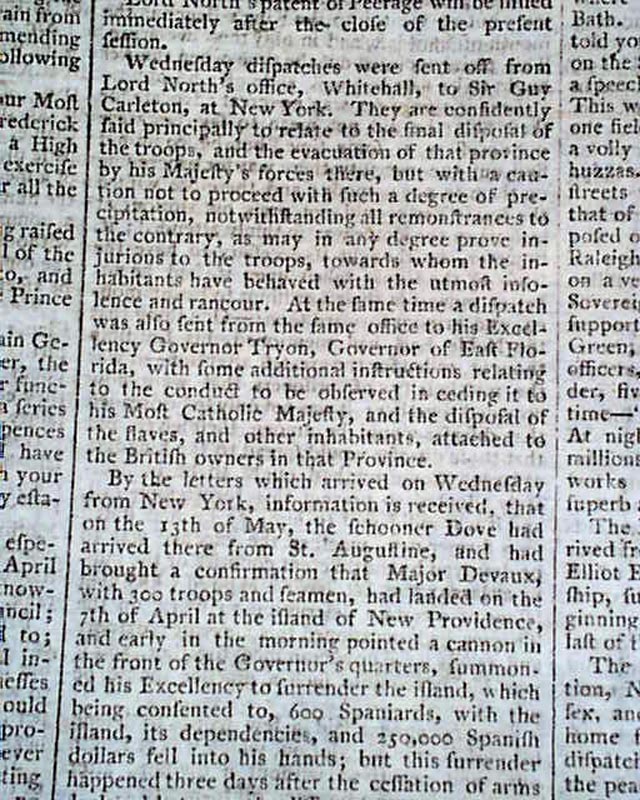 Loyalists are being humiliated...

Page 2 has a report noting in part: "...dispatches were sent off from Lord North's office...to Sir Guy Carleton at New York. They are confidently said principally to relate to the final disposal of the troops, and the evacuation of that province by his Majesty's forces there...".
Page 5 has a letter from New York noting in part: "The peace is rendered still more humiliating to the Loyalists from the fixed rancour and enmity discovered by the resolves of the several States, and every one here that can possibly retreat to their only asylum, Nova Scotia and Canada, are preparing to remove when the army finally quits this city..." with more. Also a report concerning an agreement with the Six Indian Nations who fought for the British, involving Sir John Johnstone.
Eight pages, 8 1/4 by 11 inches, very nice condition.