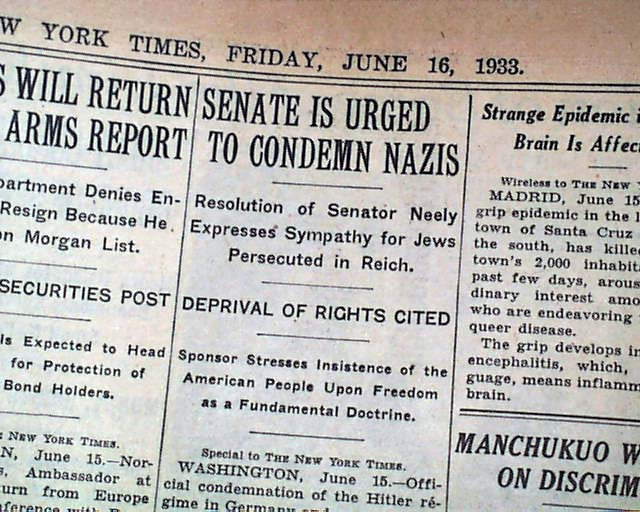 Page 4 has one column headlines regarding the tensions between the people of Germany and the Jewish population there. The headlines read: "SENATE IS URGED TO CONDEMN NAZIS" "Deprival Of Rights Cited" and more. (see) 1933 was a very tumultuous time in Germany with the recent appointment of Adolph Hitler as Chancellor. Things would only get worse before the outbreak of World War II in 1939.
Other news, sports and advertisements of the day throughout. Complete in 38 pages, Small piece torn away at the spine (see), light toning and minor wear at the margins, generally good.