Home > Back to Search Results > Blockade of the Chesapeake during the War of 1812...
Click image to enlarge 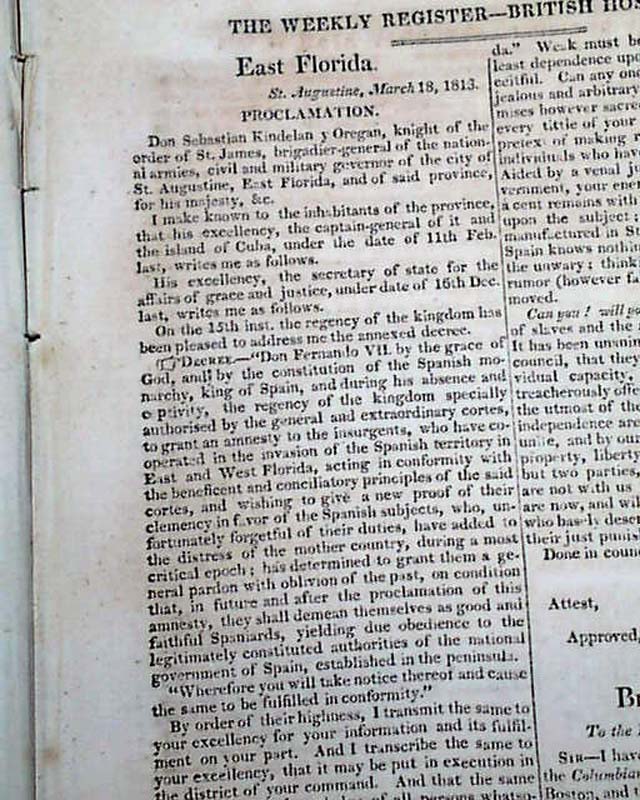 Blockade of the Chesapeake during the War of 1812...


THE WEEKLY REGISTER, Baltimore, April 24, 1813  Reports include a: "Proclamation" from St. Augustine, East Florida; "British Hospitality"; A lengthy & detailed biography of: "General James Winchester". Also 4 pages headed: "Events of the War" with news from various theaters of the War of 1812 including nice content on: "Blockade of the Chesapeake" which includes: "...the enemy appeared at the mouth of the Patapsco, 12 or 14 miles distant from Baltimore. His force consisted of one ship of the line, 2 frigates, 2 brigs and three of our schooners. On the evening of that day, they captured two packets from Baltimore. -- One of them after seizure, was fired upon by an U. S. gun boat without success. They also took and burnt several small craft, and completely stopped the communication in or out;...." and more.
Sixteen pages, 6 by 9 1/2 inches, very nice condition.