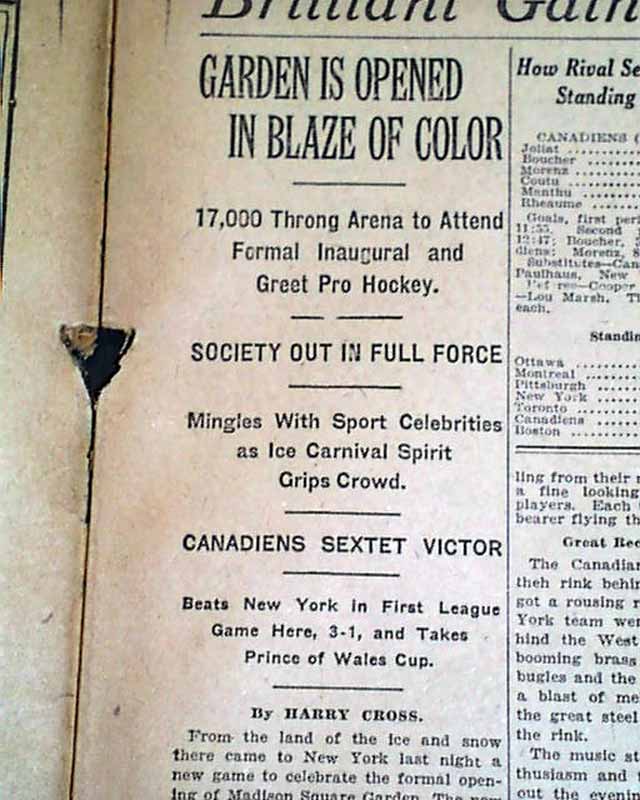 Page 29 has a seven column headline: "Brilliant Gathering of 17,000 Persons at Formal Opening of Garden" with subheads that include: "GARDEN IS OPENED IN BLAZE OF COLOR" "17,000 Throng Arena to Attend Formal Inaugural and Greet Pro Hockey" and more. (see) First report coverage on the grand opening of the 3rd Madison Square Garden which lasted from 1925 to 1968. This was also the very 1st hockey game played at any of these arenas. Great to have in this New York City title.
Other news, sports and advertisements of the day. Complete with all 52 pages, light even toning, a little irregular along the spine, generally nice.