Home > Back to Search Results > The expenses of war...
Click image to enlarge 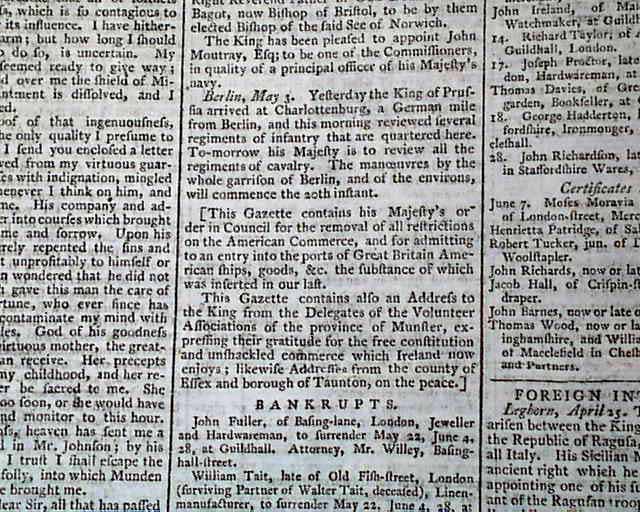 Pg. 2 has a small bit noting: "...Majesty's orders in Council for the removal of all restrictions on the American commerce & for admitting to an entry into the ports of Great Britain American ships...". Pg. 3 notes: "The American army has made a remonstrance of grievances to the Supreme Council...a meeting of all the officers convened by Washington has been held...reciting several particulars the army expected from them before they are disbanded." which is concerning the Newburgh Addresses.
About 1 1/2 columns with the heading "American News" which is a detailed chart on the debts of America from the Revolutionary War. The bkpg. has a letter telling of the plight of the Loyalists still remaining in New York.
Eight pages, 8 1/4 by 11 1/4 inches, very nice condition. 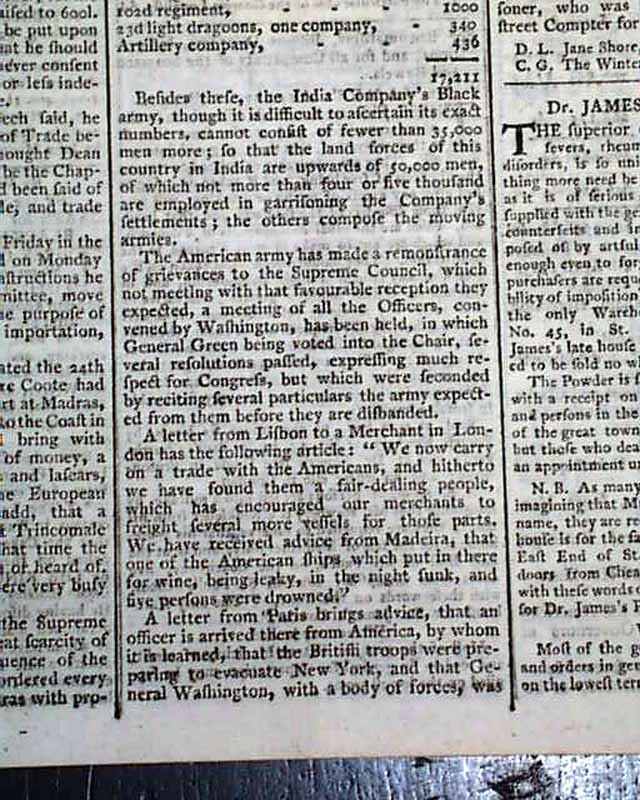 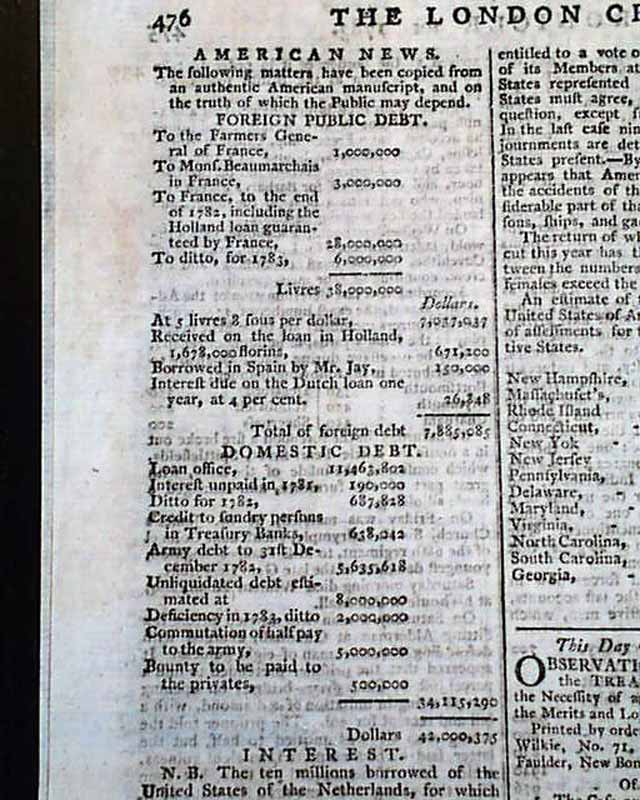 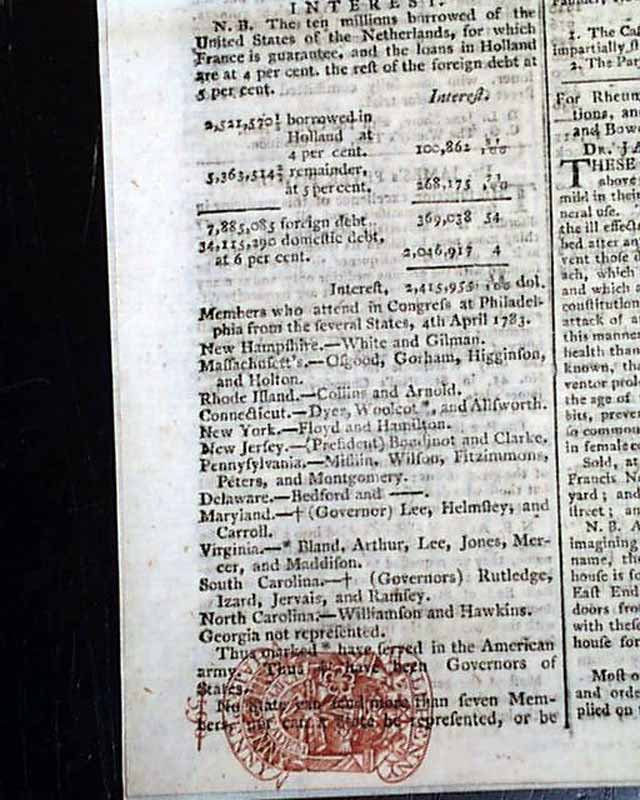 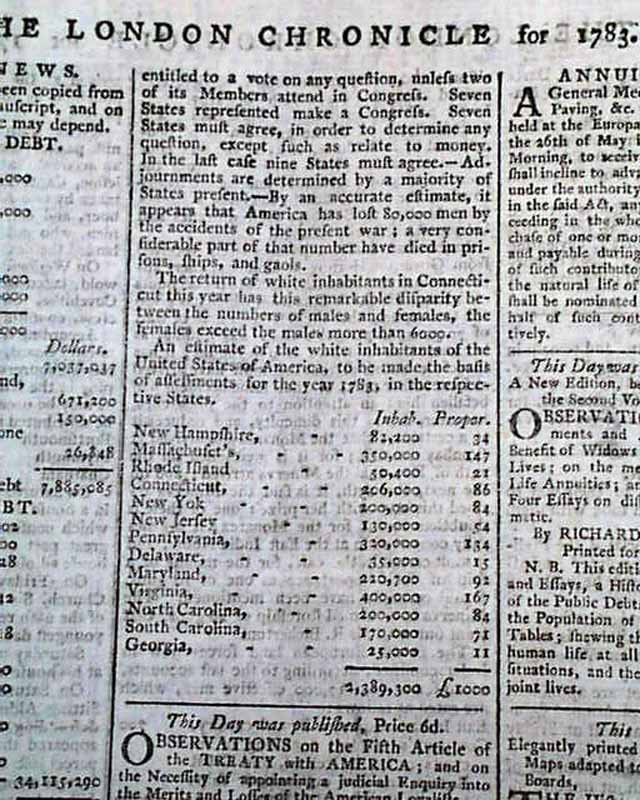 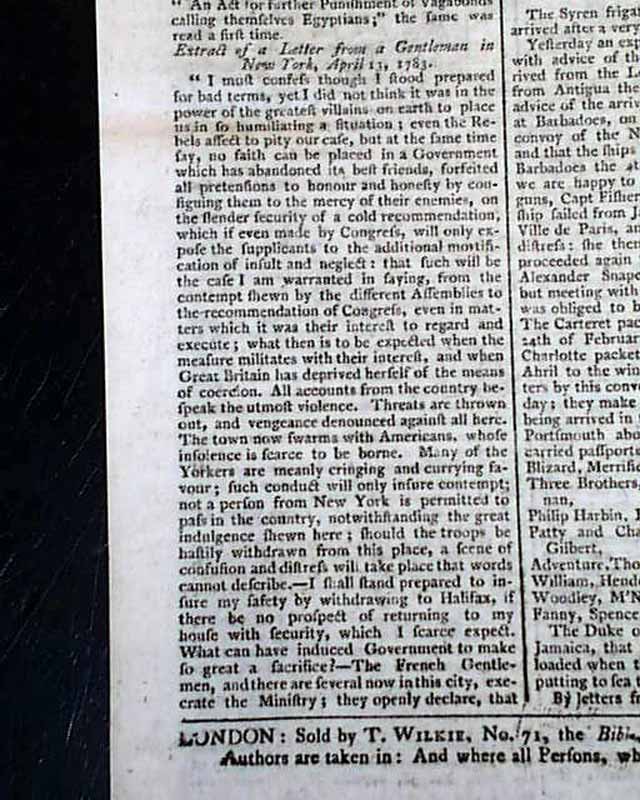 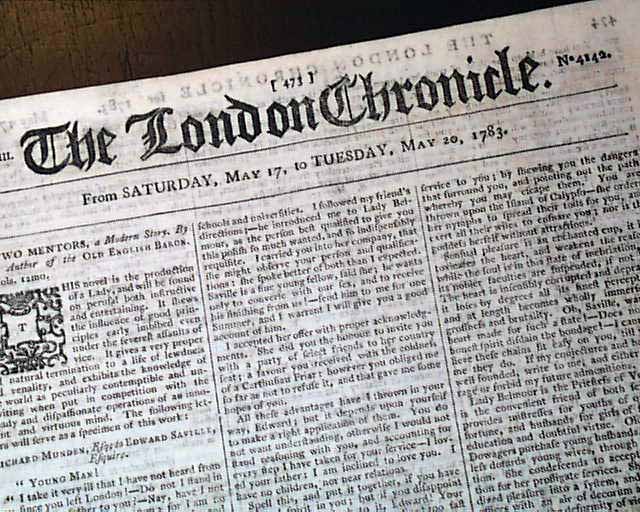 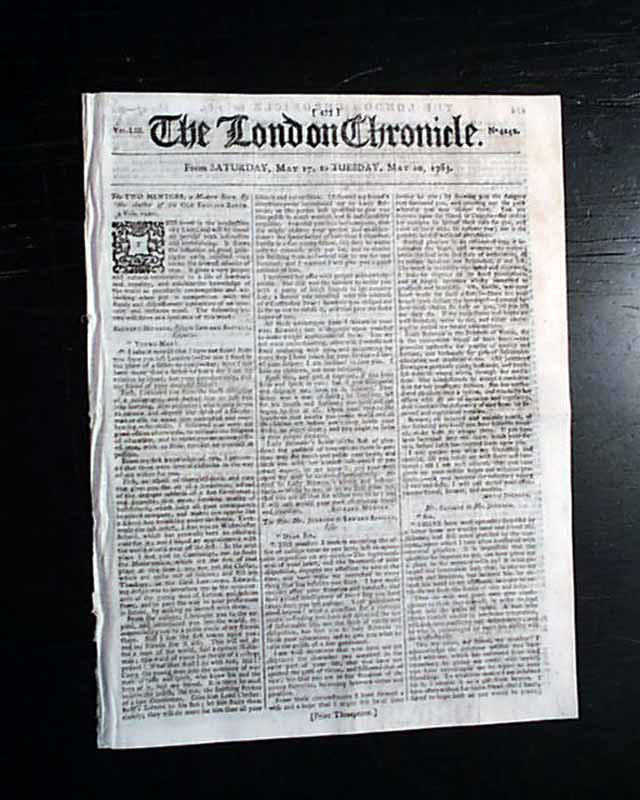