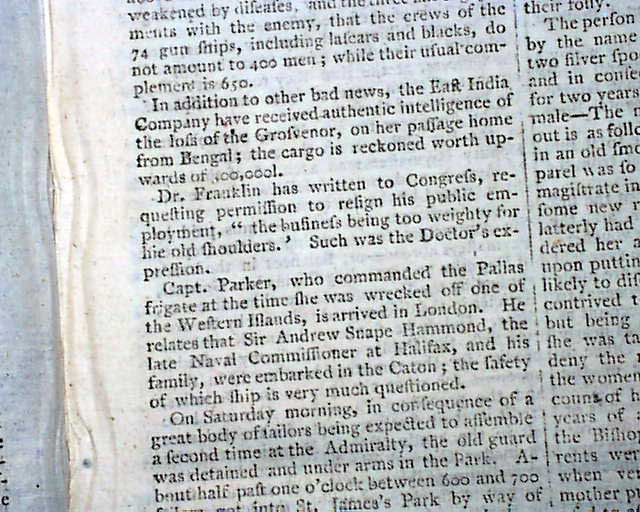 Page 3 has a brief item: "Dr. Franklin has written to Congress requesting permission to resign his public employment, 'the business being too weighty for his old shoulders'. Such was the Doctor's expression."
Page 7 is mostly taken up with: "American News" which talks of ships leaving the colonies, concerns of New Yorkers with paying their taxes, the capture of various ships, a report of an expedition up the Mohawk River to "...surprize and reduce the British post at Oswego..." with more on this.
Eight pages, 8 1/4 by 11 1/14 inches, very nice condition.