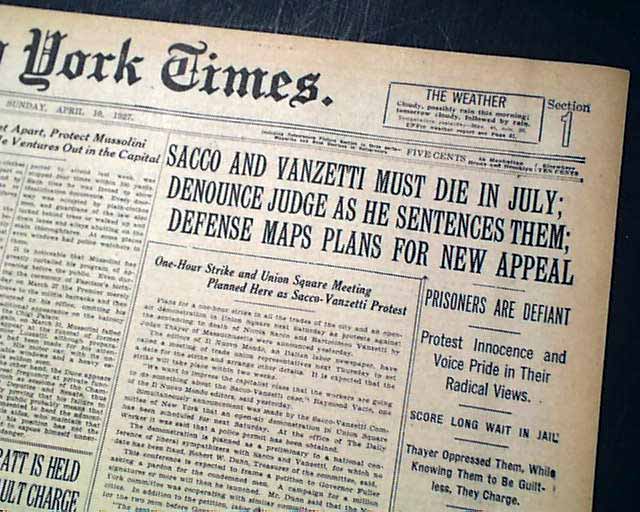 The top of the front page has a three column headline: "SACCO AND VANZETTI MUST DIE IN JULY; DENOUNCE JUDGE AS HE SENTENCES THEM; DEFENSE MAPS PLANS FOR NEW APPEAL" with subheads. (see) They would be executed in August of the same year. Always nice to have notable events in history reported in this World famous publication.
Other news, sports and advertisements of the day. Complete in 32 pages, light toning at the margins, a little irregular along the spine, generally nice.