Home > Back to Search Results > No pardon for outlaw Dick Liddil...
Click image to enlarge 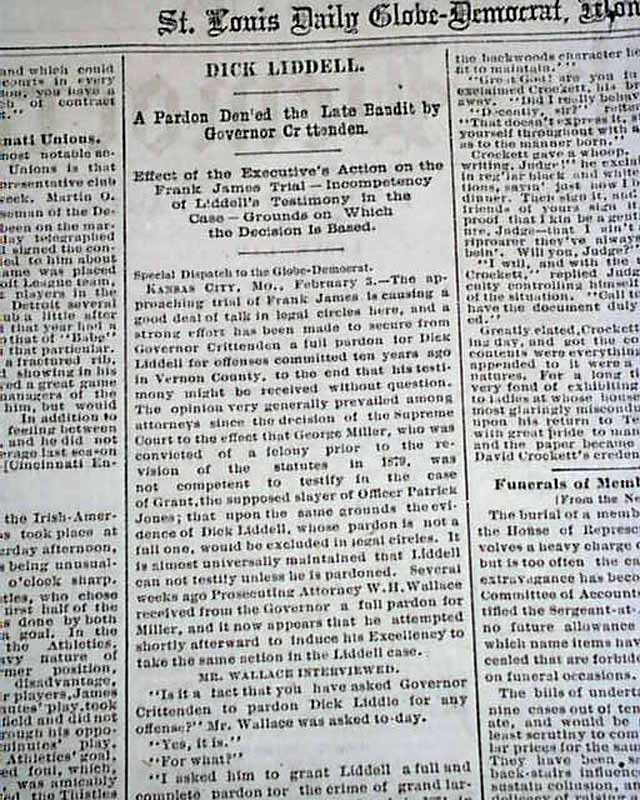 No pardon for outlaw Dick Liddil...

Page 2 has a great article on the notorious outlaw Dick Liddil with column heads: "DICK LIDDELL" "A Pardon Denied the Late Bandit by Governor Crittenden" "Effect of the Executive's Action on the Frank James Trial--Incompetency of Liddell's Testimony in the Case...". Liddill was one of the last surviving member of the notorious James-Younger Gang of outlaws.
Also on pg. 2: "Davy Crockett' 'How the Big-Hearted Pioneer Earned His Credentials". Ten pages, very nice condition.