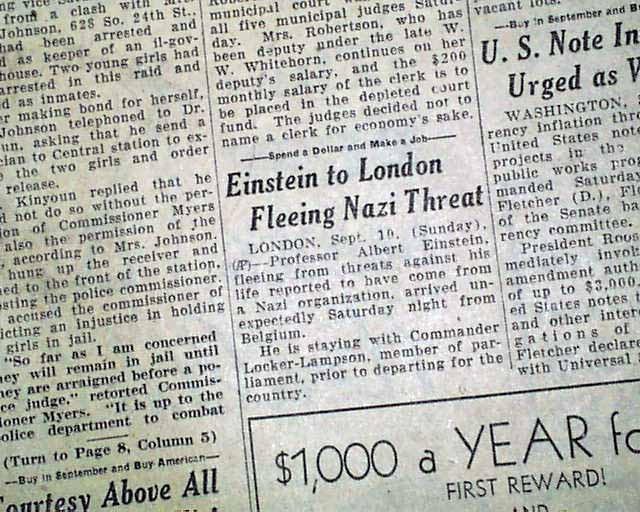 The front page has a small one column heading: "Einstein to London Fleeing Nazi Threat" Early 1st report coverage which is probably the reason for the brief article here. This was when Albert Einstein escaped Nazi Germany shortly after Adolph Hitler became dictator. He would arrive in America about a month later.
Other news, sports and advertisements of the day. Complete with 20+ pages, light toning and some wear at the margins, generally good.