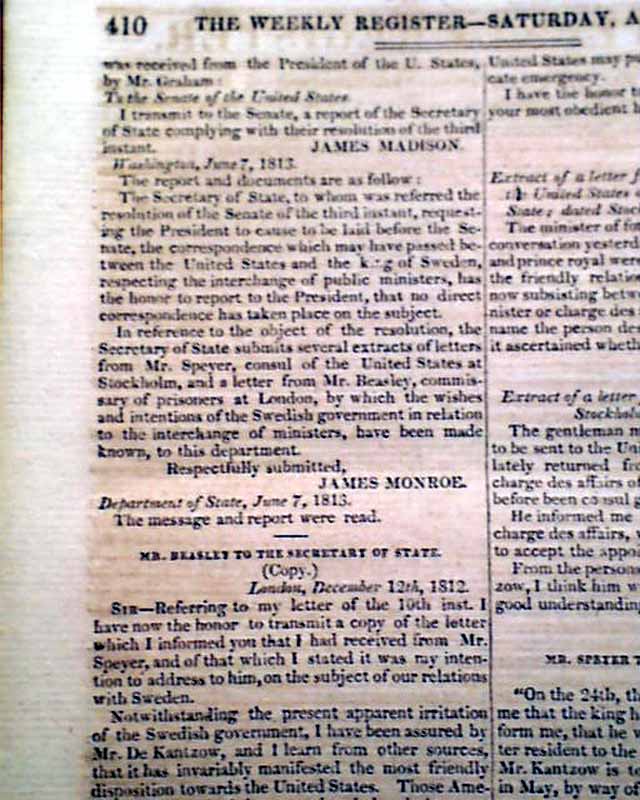 
THE WEEKLY REGISTER, Baltimore, Aug. 28, 1813  Pages 1-4 contains five letters under the heading: "Further Executive Proceedings" signed in type by either James Monroe of  James Madison, concerning relations with Sweden. Also in the issue: "Events of the War" with much on the War of 1812 including letters signed in type by Henry Proctor, Isaac Chauncey and two by Wm. H. Harrison.
Attached to this issue is the "Appendix" which contains the full text of the: "Constitution of the State of Ohio" followed by the text of the: "Constitution of the State of Louisiana".
Complete in 24 pages with the attached "Appendix", 6 by 9 3/4 inches, very nice condition.