Home > Back to Search Results > Barbarities of the British upon the Americans...
Click image to enlarge 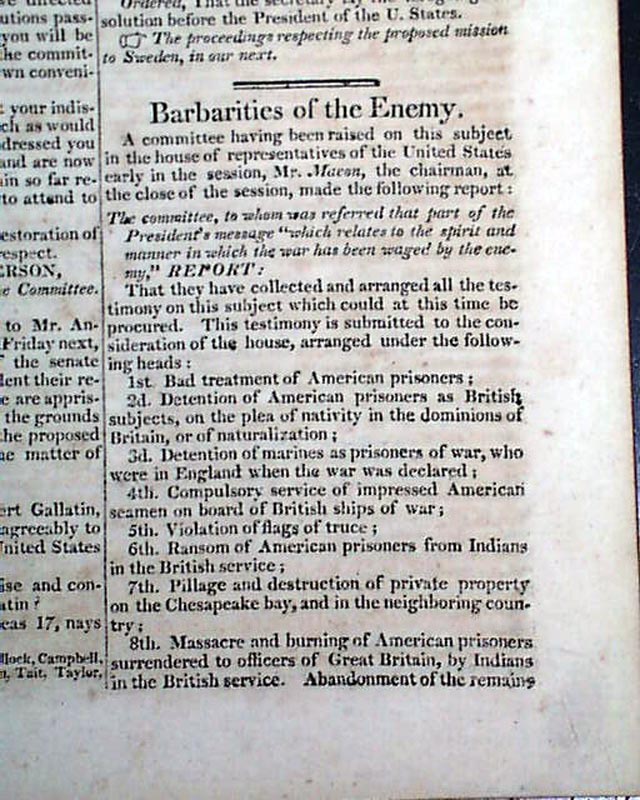 Barbarities of the British upon the Americans...

Over 1 1/2 pages are taken up with: "Barbarities of the Enemy" with some gruesome detail including a listing which has: "Compulsory service of impressed American seamen on board of British ships of war...Massacre and burning of American prisoners surrendered to officers of Great Britain by Indians in the British service...Outrages at Hampton, in Virginia..." and more.
Over 7 pages are taken up with: "Events of the War" which includes a letter from Fort George; "Descent on Plattsburg" 'Copy of a letter from Major-General Harrison to the Secretary of War" dated at Seneca-Town & signed in type: Wm. Henry Harrison. There is also a nice "Naval" report concerning securing the return of the body of Capt. James Lawrence. Other war-related items as well.
Sixteen pages, 6 by 9 3/4 inches, very nice condition.