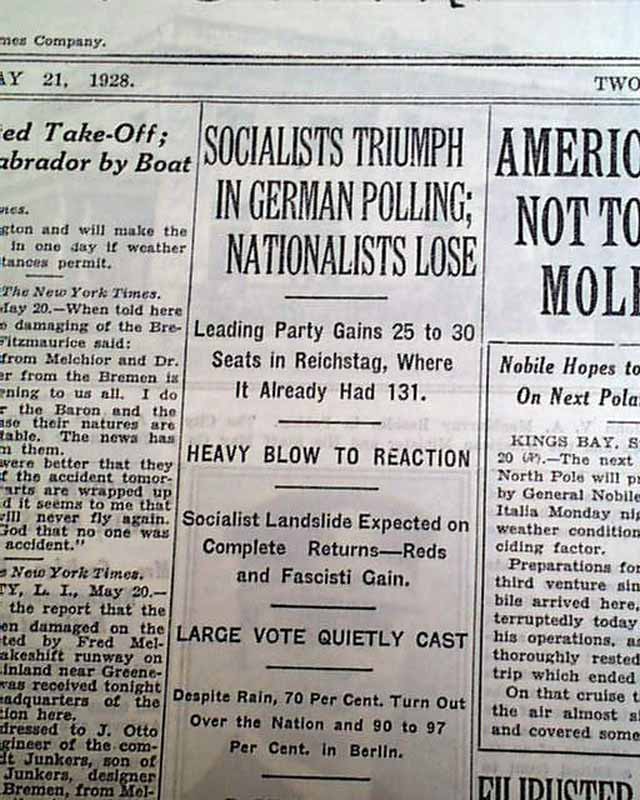 The top of the front page has a one column heading: "SOCIALISTS TRIUMPH IN GERMAN POLLING; NATIONALISTS LOSE" with subheads. (see) First report coverage on the German federal election in which the Nazi Party only got 2.6 % of the vote.
Other news, sports and advertisements of the day. Complete in 44 pages, this is the rare rag edition that was produced on very high quality newsprint, with a high percentage of cotton & linen content, allowing the issues to remain very white & sturdy into the present. Given the subscription cost, libraries & institutions rather than individuals were the primary subscribers of these high-quality editions. A few small binding slits along spine, nice condition.
wikipedia notes: The German Federal elections were held. The Social Democratic Party remained the largest party in the Reichstag. The Nazi Party only received 2.6% of the vote.