Home > Back to Search Results > Great headlines from the Wild West...
Click image to enlarge 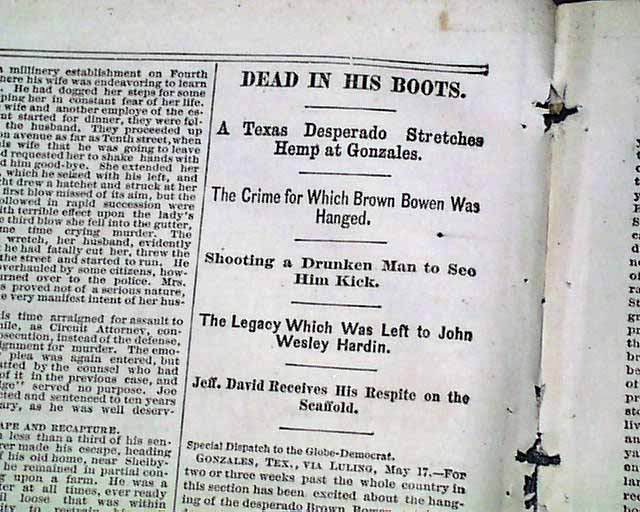 Great headlines from the Wild West...


ST LOUIS GLOBE-DEMOCRAT, May 18, 1878  Page 4 has some great column heads which one would expect from the Wild West: "DEAD IN HIS BOOTS" "A Texas Desperado Stretches  Hemp at Gonzales" 'the Crime for Which Brown Bowen Was Hanged" "Shooting a Drunken Man to See Him Kick" "The Legacy Which was Left to John Wesley Hardin" "Jeff. David Receives His Respite on the Scaffold". Great text as well with one bit noting: "...Drinking whisky was freely indulged in, and among the crowd of rollicking roughs present was John Wesley Hardin, the celebrated Texas desperado, now under sentence in Austin jail for murder...".
Another head notes: "Finally Finished" "The Notorious Joe Fore Dies With His Boots On".
Sixteen pages, slightly irregular at the blank spine, very nice condition. 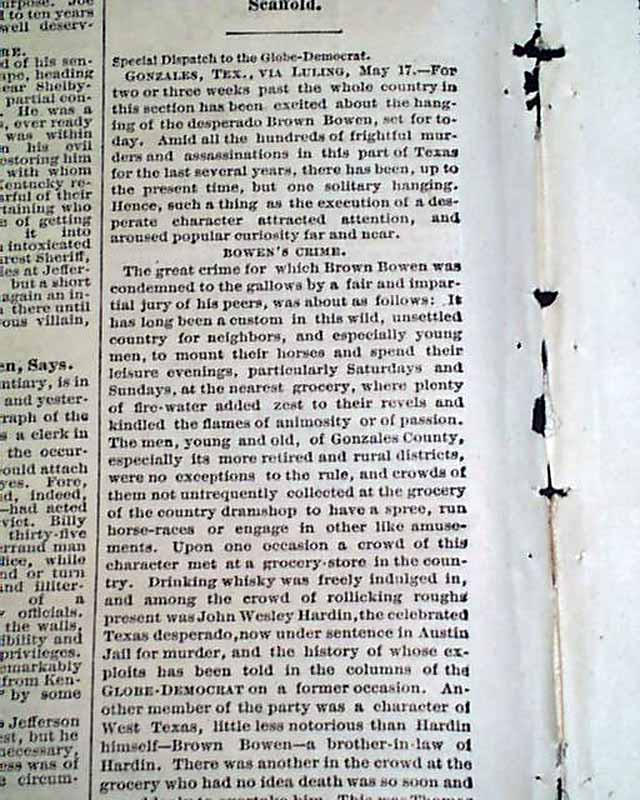 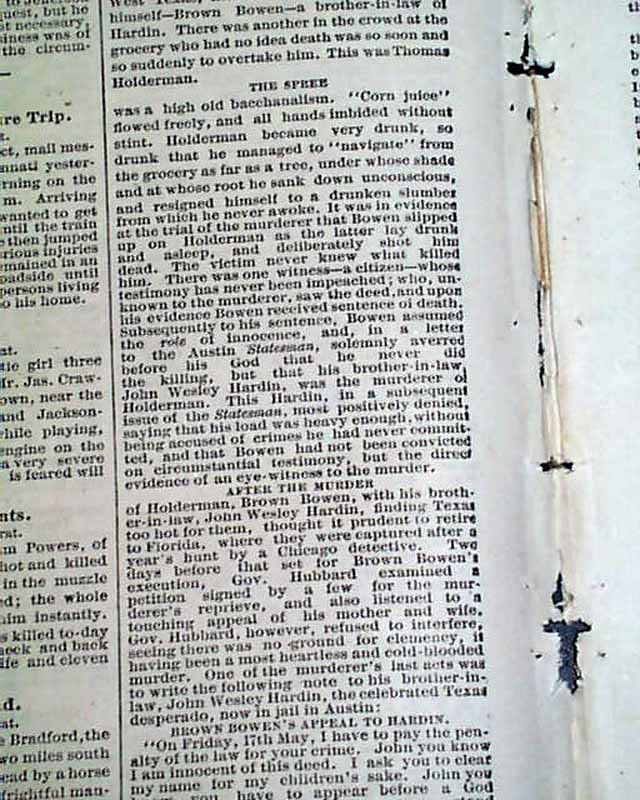 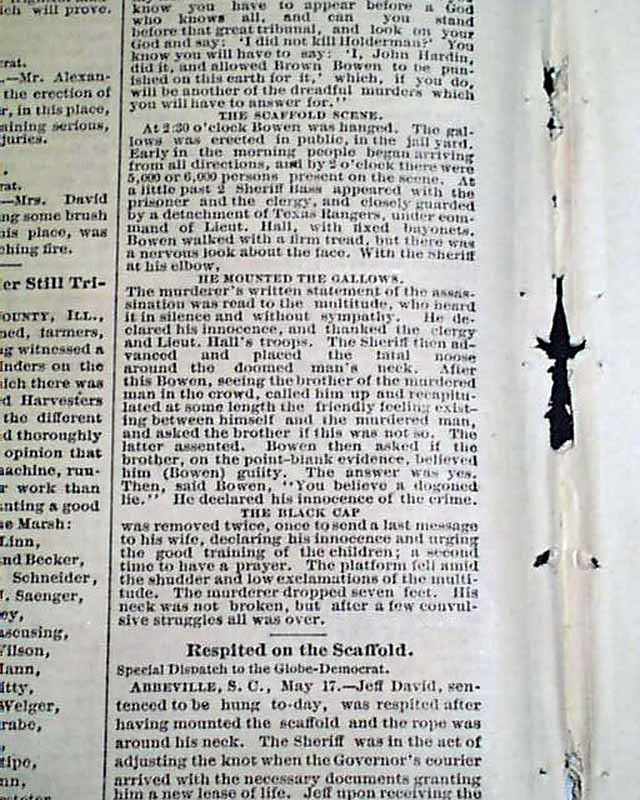 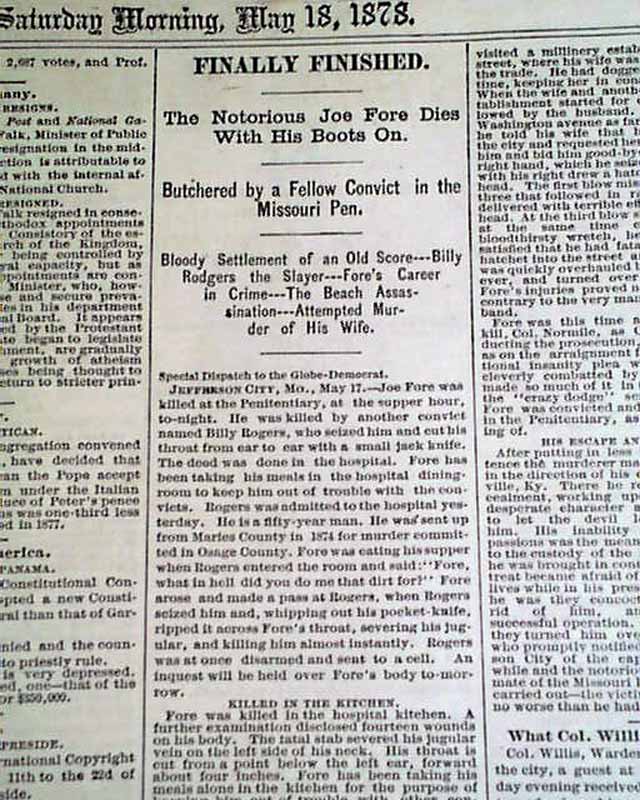 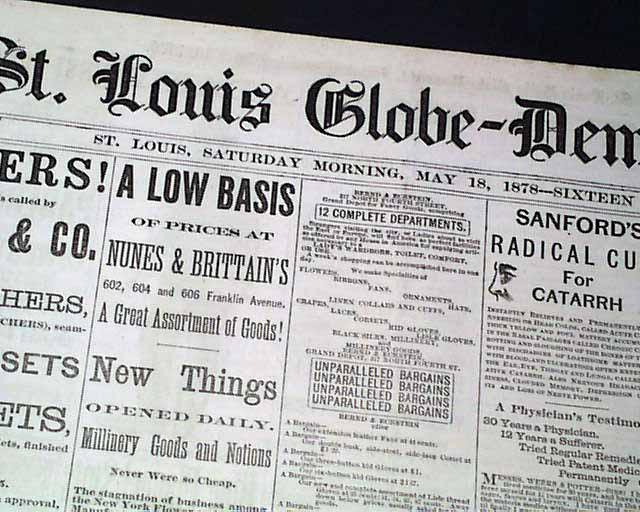 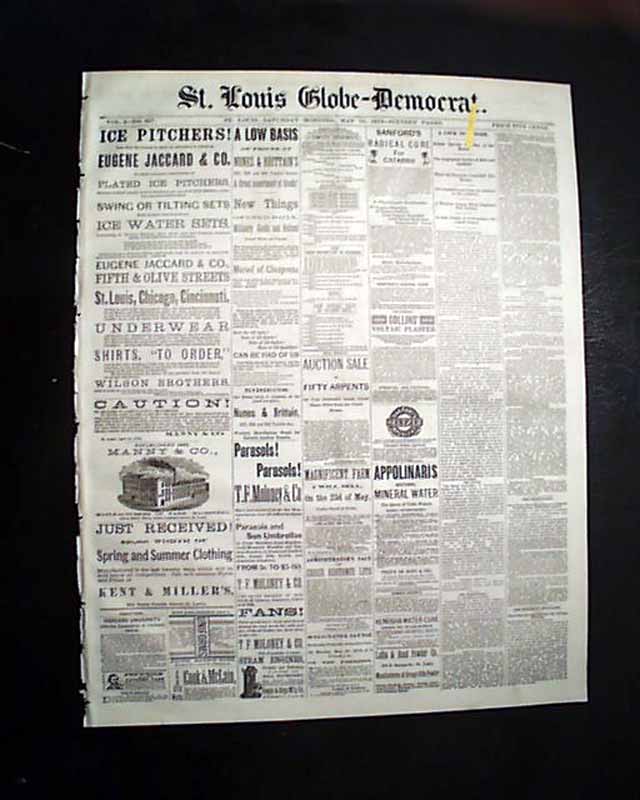