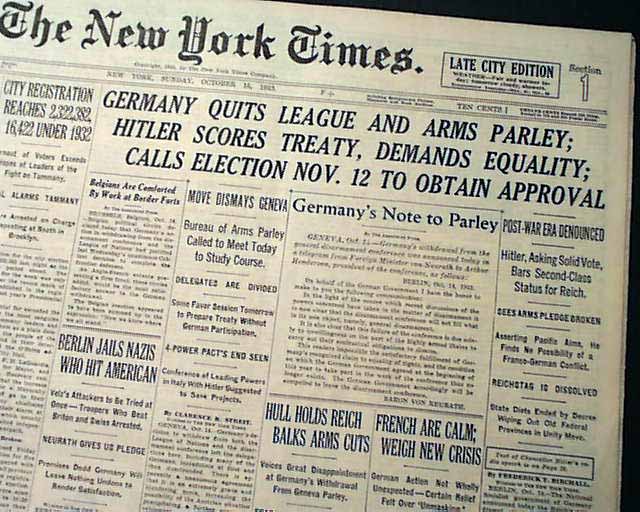 The top of the front page has a five column headline: "GERMANY QUITS LEAGUE AND ARMS PARLEY; HITLER SCORES TREATY, DEMANDS EQUALITY; CALLS ELECTION NOV. 12 TO OBTAIN APPROVAL" with many subheads. (see) This would be the beginning of Hitler's ruthlessness.
Also a one column heading on page 23: "ROB POLICE STATION OF ITS WEAPONS" with subhead. (see) Allow not  mentioned, this was the work of John Dillinger and his gang who raided this police station to reload their weaponry for bank robberies. Also on the same page is a report on Machine Gun Kelly starting his prison sentence.
Other news, sports and advertisements of the day. Complete 1st section only with all 38 pages, rag edition in nice condition.