ORLANDO EVENING STAR--EXTRA, Florida, November 22, 1963  Certainly to go down in history as one of the more memorable events of the 20th century, this newspaper has a bold banner headline proclaiming the tragedy: "PRESIDENT SLAIN" with the subhead reading: "Suspect Seized After Cop Shot".
All the text on the ftpg. deals with the Kennedy assassination & also includes a photo of "President John F. Kennedy"  and one of: "President Kennedy Slumped Over In Back Seat Of Car...".
Complete in 40 pages with all 3 sections and is in simply terrific condition--rarely found as such.
Great to have this report in a newspaper dated the day of the event, as most newspapers, published in the morning, reported it in their November 23 issue. 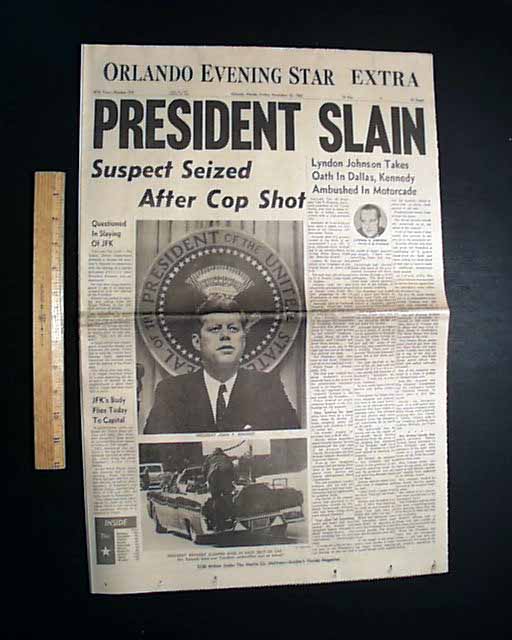 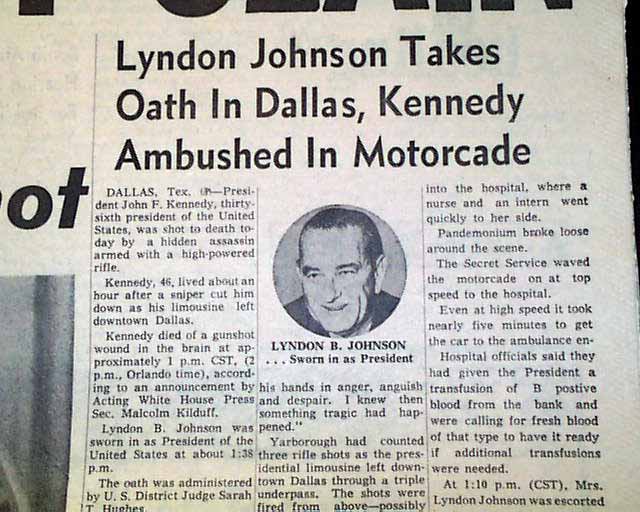 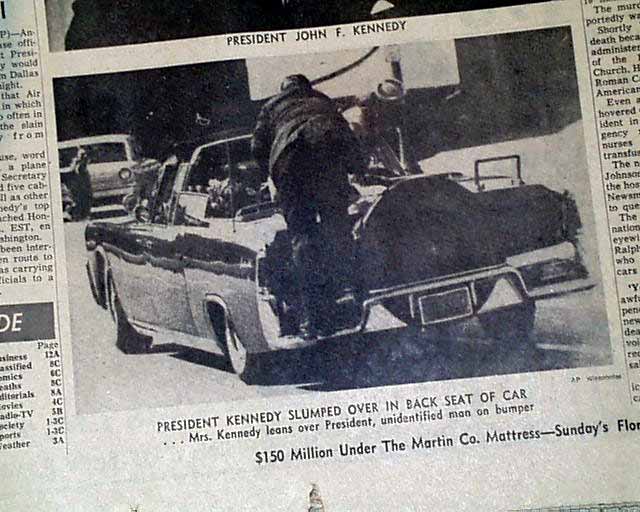