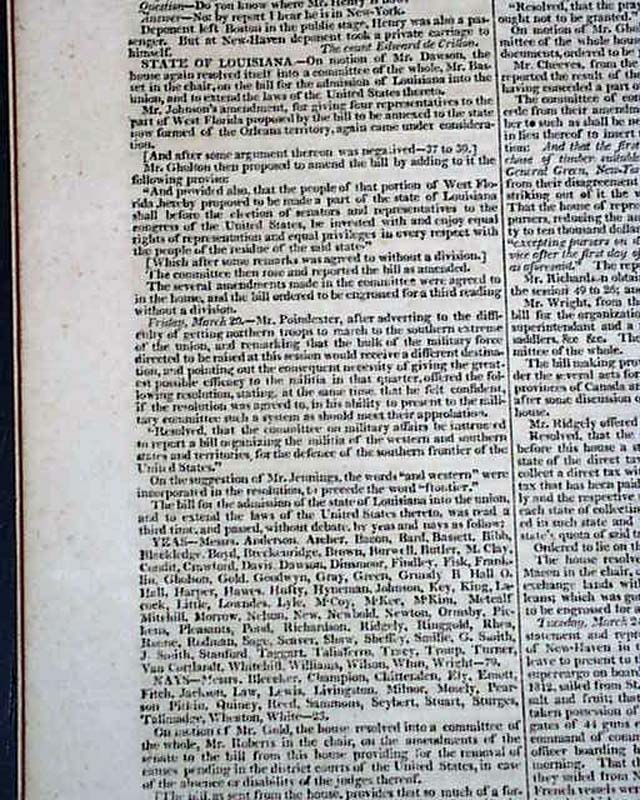 
THE WEEKLY REGISTER, Baltimore, March 28, 1812  Inside has lengthy reporting from the "House of Representatives" which includes discussion headed: "State of Louisiana" concerning Louisiana joining the Union. Another page has: "The bill for the admission of Louisiana into the union has passed the house of representatives with a provision to include within the limits of that state so much of the West Florida territory as lies west of Pearl river. A bill with the same title also passed its third reading in the senate."
Sixteen pages, 6 1/4 by 9 3/4 inches, very nice condition. 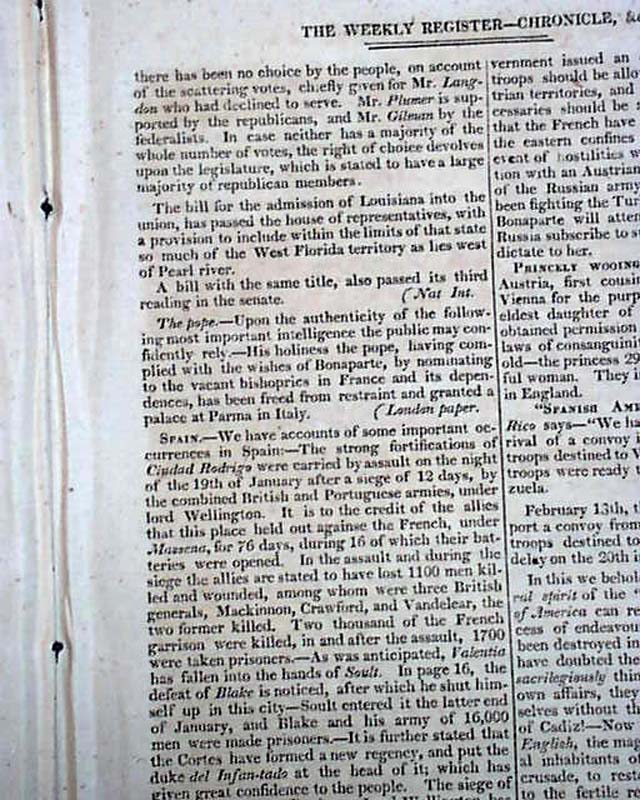 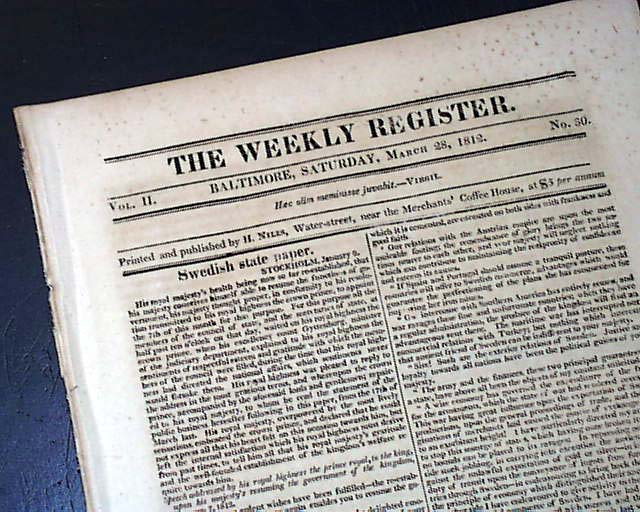 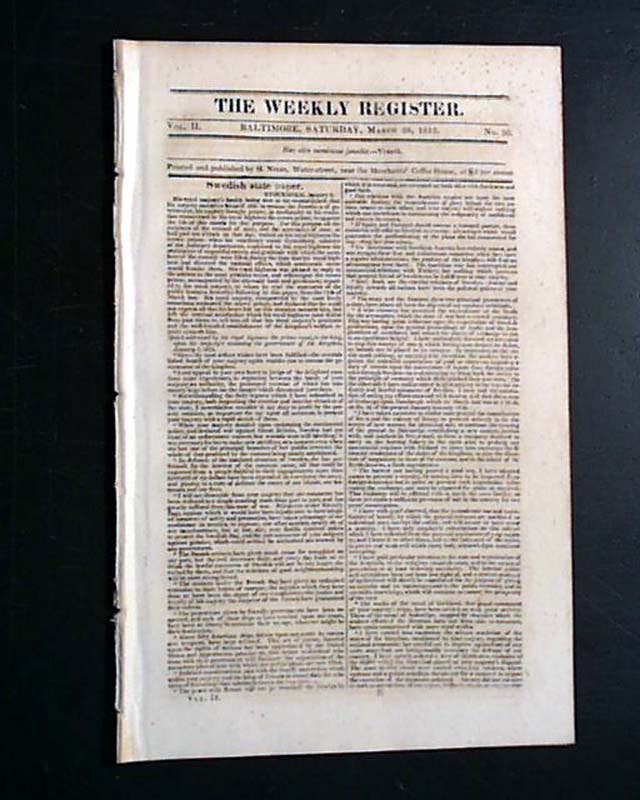