Home > Back to Search Results > Informative letter from the captured Santa Ana...
Click image to enlarge 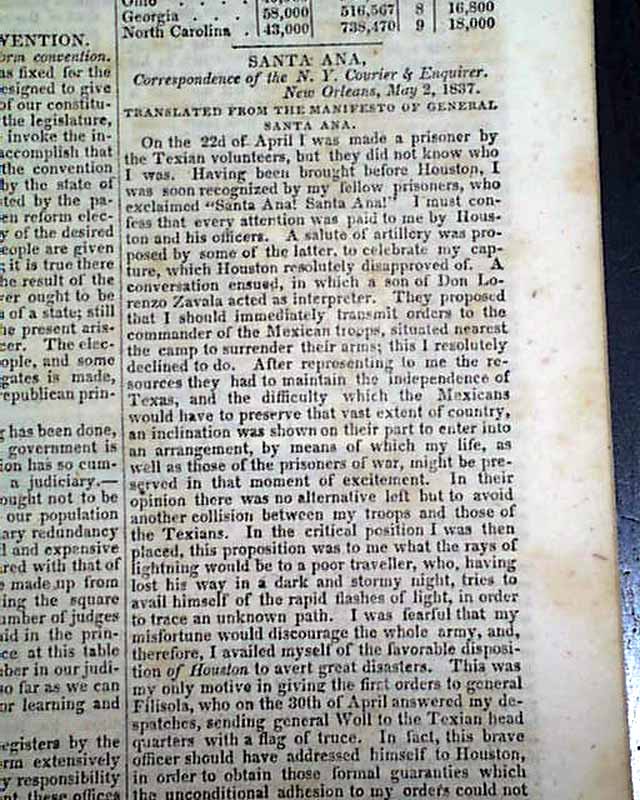 
NILES WEEKLY REGISTER, Baltimore, May 27, 1837  Inside has: "Santa Ana - Translated from the Manifesto of General Santa Ana" which is a lengthy letter from him regarding his capture, taking two columns.
Bits include: "On the 22nd of April I was made a prisoner by the Texian volunteers, but they did not know who I was. Having been brought before Houston, I was soon recognized by my fellow prisoners, who exclaimed 'Santa Ana! Santa Ana!"...salute of artillery was proposed...to celebrate my capture, which Houston resolutely disapproved of..." with so much more on his military actions, etc., over the last few years.
Sixteen pages, 8 12 by 12 inches, very nice condition.