Home > Back to Search Results > "First they came for the Socialists... then they came for me." Martin NiemÃ¶ller rally in Berlin....
Click image to enlarge 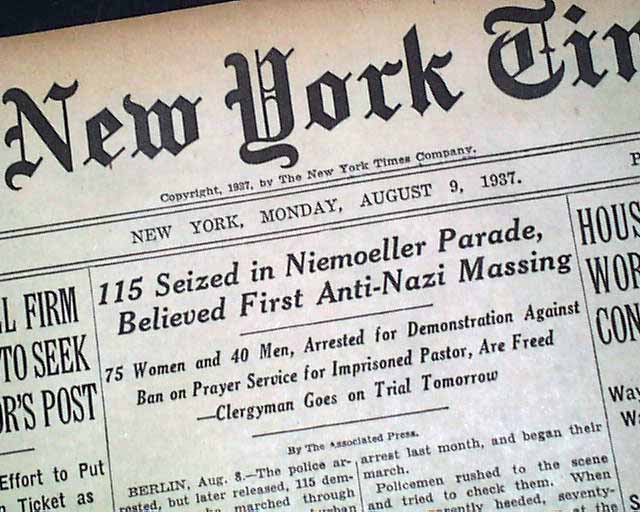 The top of the front page has a two column heading: "115 Seized in Niemoeller Parade, Believed First Anti-Nazi Massing" with subhead. (see)
Other news, sports and advertisements of the day. Complete in 34 pages, light toning at the margins, nice condition.