Home > Back to Search Results > The Erie Canal is completed...
Click image to enlarge 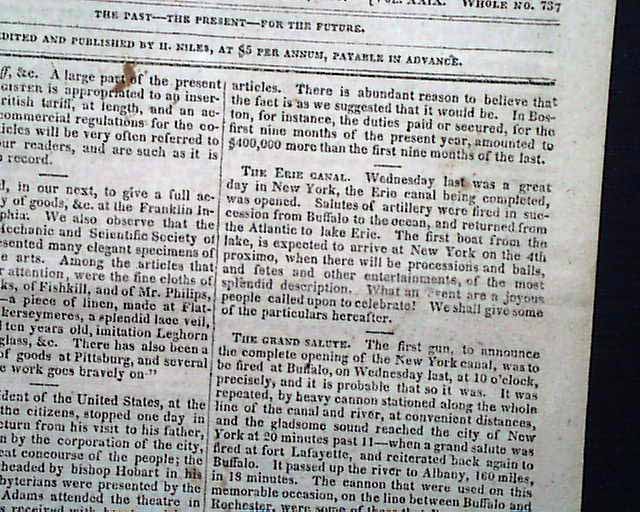 The Erie Canal is completed...


NILES' WEEKLY REGISTER, Baltimore, October 29, 1825  A front page report headed "The Erie Canal" begins: "Wednesday last was a great day in New York, the Erie canal being completed....Salutes were fired in succession....The first boat...is expected to arrive at New York on the 4th..." plus a related second report: "The Grand Salute"  which begins: "The first gun, to announce the complete opening of the New York canal was to be fired at Buffalo...".
A very significant achievement in the opening of the West to both personal and commercial travel and great to have the report on the front page.
Complete in 16 pages, 6 1/4 by 9 1/2 inches, very good condition.