Home > Back to Search Results > With a foldout map of Eastern Europe...
Click image to enlarge 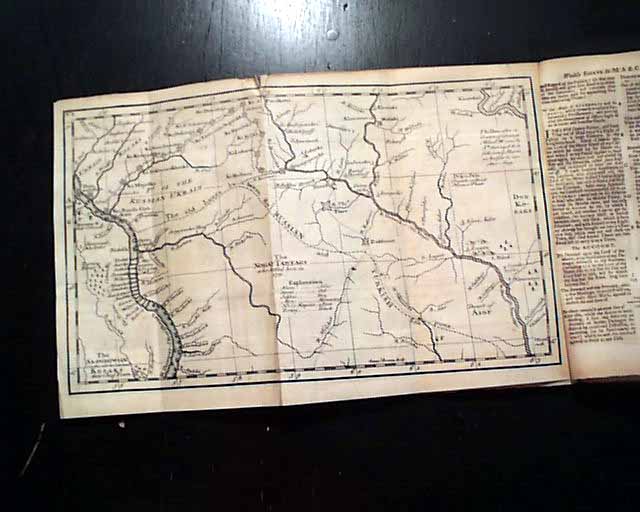 With a foldout map of Eastern Europe...

Perhaps the best item in this issue is the very nice foldout map of Eastern Europe, showing what would seem to be portions of the Ukraine, Turkey, and the vicinity (see photos). This map measures 7 3/4 by 13 inches and is in very nice condition. This is only the second fold-out map offered in this title.
Among the articles noted in the table of contents are: "Why the Popish Lords decline Taking the Oaths" "Daring Presumption of the Methodists" "A Further Account of the South Sea Company's Affairs" "Deplorable Case of a Widow Lady" and more. Near the back is the: "Historical Chronicle" with news from England & other parts of Europe. One of the reports includes some talk of Corsica.
Complete in 54 pages, full title/contents page featuring an engraving of St. John's Gate, 5 1/2 by 8 3/4 inches with wide untrimmed margins, very nice condition.