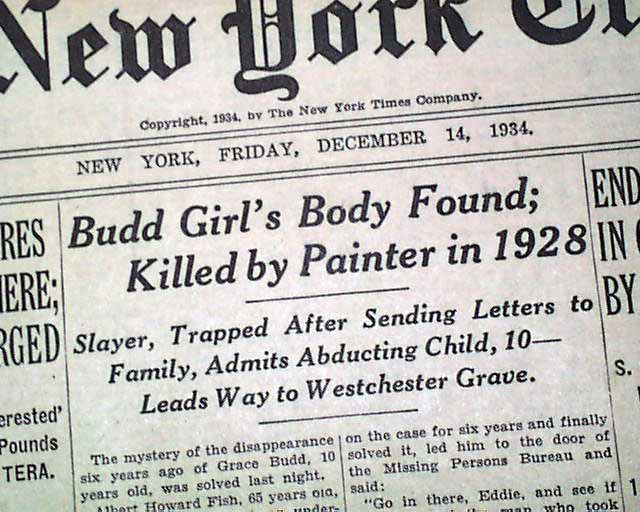 The top of the front page has a two column heading: "Budd Girl's Body Found; Killed by Painter in 1928" with subhead. (see) First report coverage continues on page 3 with rare photo of Fish. (see) I suspect this is one of the few publications to report this particular event as other titles in our inventory do not, probably because he committed his crimes locally. Rare as such.
Other news, sports and advertisements of the day. Forty eight pages, a few cutouts with one at the bottom of the front page (see), but the mentioned content is unaffected. Light toning and minor wear at the margins as well, otherwise good.