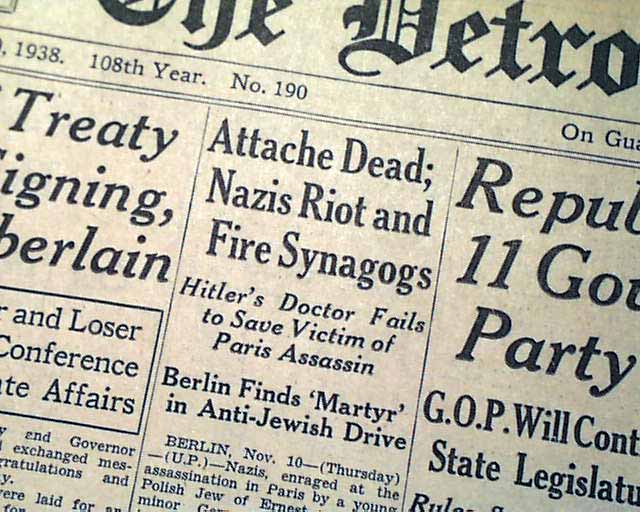 This is a very significant issue in Judaica history and the story of the Holocaust. One column heads on the front page: "Attache Dead; Nazis Riot and Fire Synagogues" "Hitler's Doctor Fails to Save Victim of Paris Assassin" "Berlin Finds 'Martyr' in Anti-Jewish Drive" with smaller subheads. Text begins: "Nazis, enraged at the assassination in Paris by a young Polish Jew of Ernest von Rath, minor German diplomat, early today retaliated by smashing windows of all Jewish stores..."
Complete in 30 pages, minor margin wear, otherwise in nice condition. 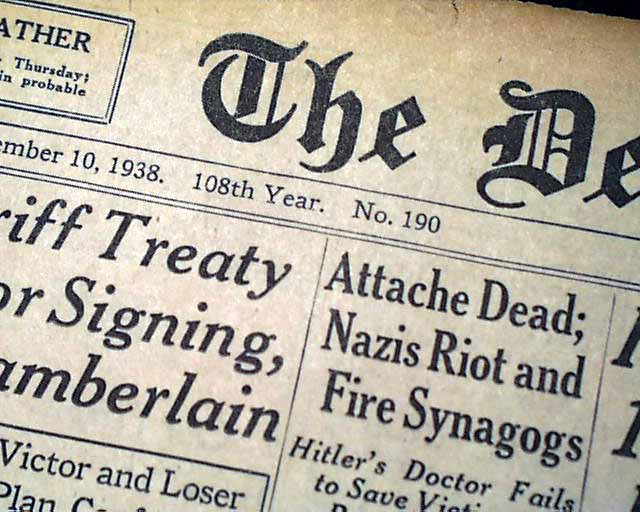 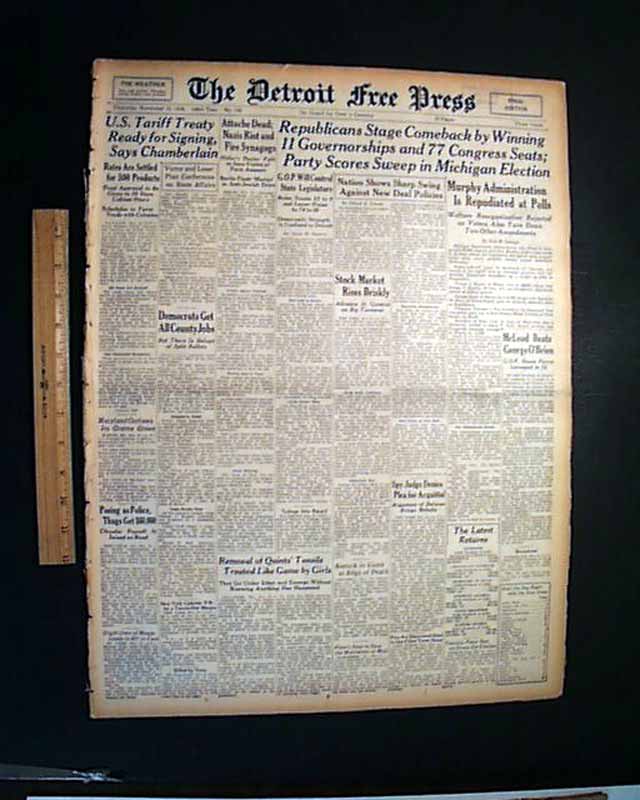 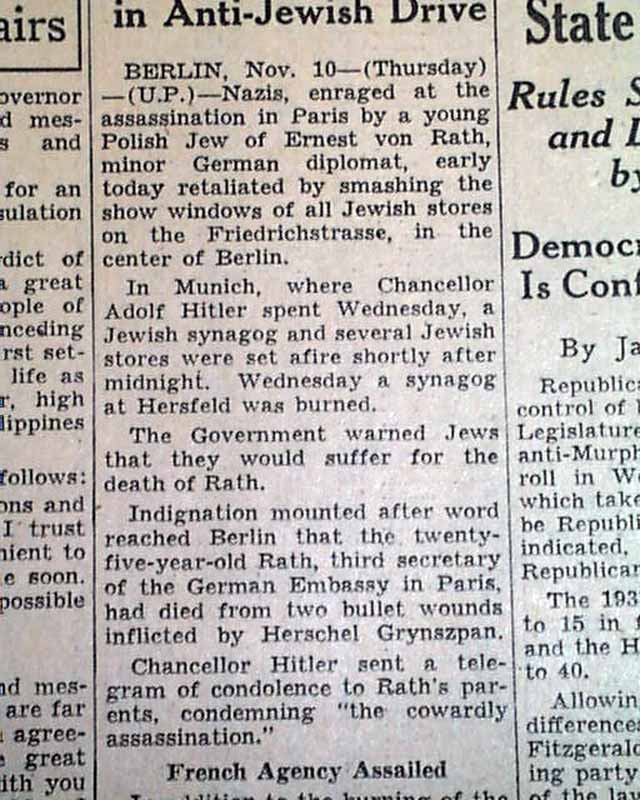 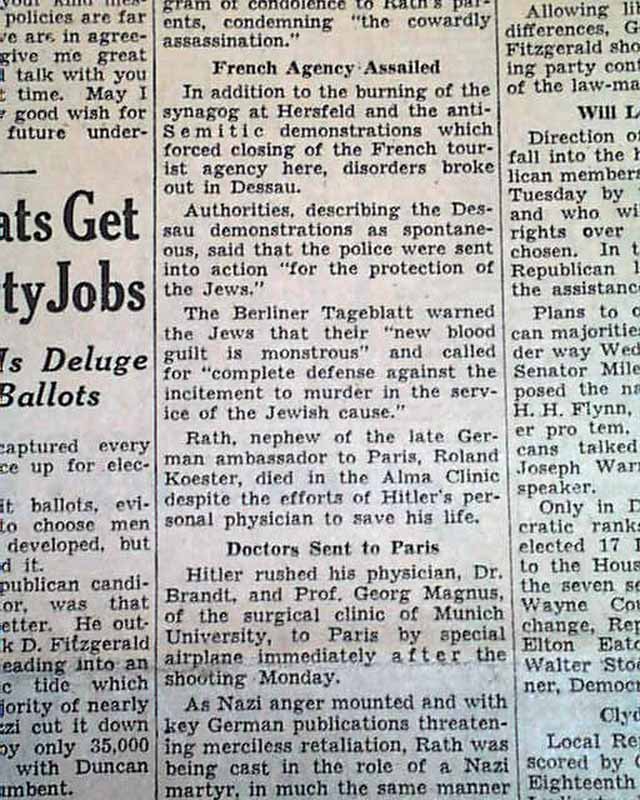 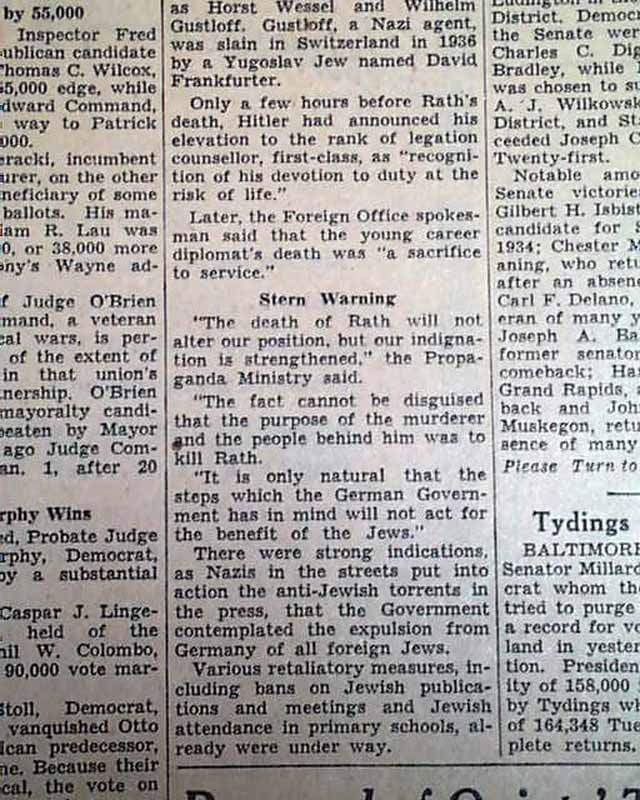