Home > Back to Search Results > On the invention of the typewriter...
Click image to enlarge 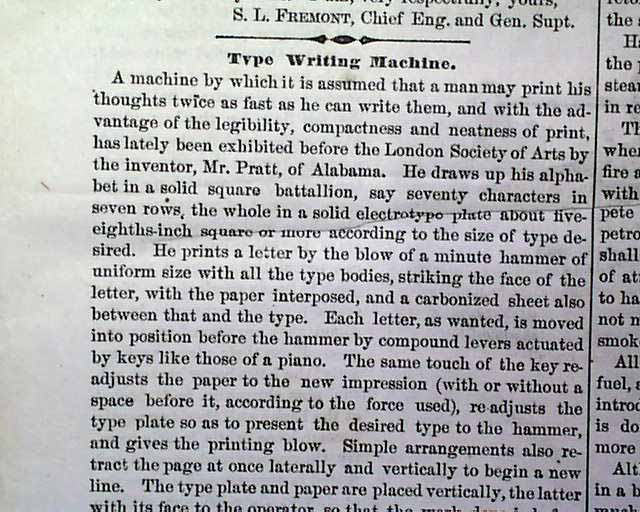 On the invention of the typewriter...

The front page has an article: "Improved Portable Photographic Apparatus" which 2 illustrations of: "Houston's Portable Photographic Camera" (see). But the most significant item in this issue is the page 3 article headed: "Type Writing Machine" which begins: "A machine by which it is assumed that a man may print his thoughts twice as fast has he can write them & with the advantage of the legibility, compactness & neatness of print, has lately been exhibited before the London Society of Arts by the inventor, Mr. Pratt, of Alabama..." (see).
Depending on what source you read, John Pratt or Christopher Sholes is credited as being the inventor of the modern typewriter. This is a very detailed article on Pratt's invention.
Complete in 16 pages, very nice condition.