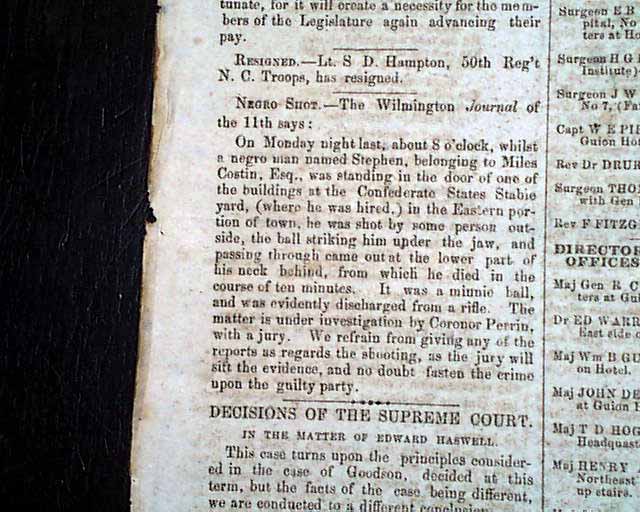 Raleigh was one of the last major cities of the South to fall into the hands of Sherman, surrendering on April 13, 1865 just one day before Lincoln was assassinated. This rare Confederate title is from the latter months of the Civil War. The front page includes: "Local And State News" with one item noting: "Negro Shot" with details. The back page has much reporting on the war with: "Sherman's Campaign" "Common Sense" "War News--Sherman" "Hood's Army" "Gen. Joseph E. Johnson" "Raiders In Mississippi" "Cheering Worlds" "Face The Difficulty" "The Army Opposed to the Arming and Freeing of Slaves" "A Republic To Let!" "Currency Difficulties In Georgia" "From Richmond" "Later From the North" and a few other items.
Complete as a single sheet newspaper, in very nice, clean condition.