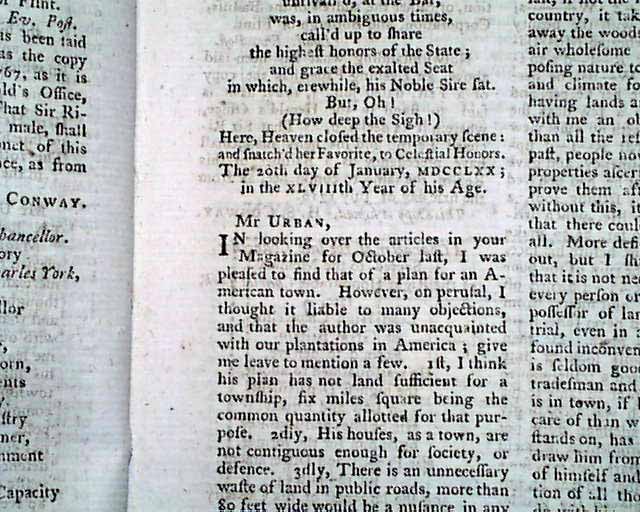 Item # 648485
THE GENTLEMAN'S MAGAZINE, London,  February, 1770  Perhaps the most intriguing item in this issue is a fascinating article titled: "New Plan for an American Town" which takes over a full page and which includes an interesting and unusual print of it (see). A legend of the various parts of the town is included as well, including the "common land" the "public squares" and various other aspects of such a town. No doubt many 18th century towns in the colonies were laid out using this plan.
Also of great interest are over two pages headed "American Affairs" which is mostly taken up with a letter: "To the Betrayed Inhabitants of the City & Colony of New York" which is terrific reading on the harsh treatment of the colonists by the British Parliament. It begins: "In a day when the minions of Tyranny & Despotism in the Mother Country & the Colonies are indefatigable in laying every snare that their malevolent & corrupt hears can suggest to enslave a free people..." with much, much more (see). It is signed at its conclusion: "A Son Of Liberty" and is prefaced with a note that the letter was voted as false, seditious & infamous libels & a reward of 100 pounds has been offered for the author.
Also in this issue: "Extract of a Letter from a Gentleman in the English Factory at Canton in China..." "Directions for Constructing Water Mills" which includes a full page chart titled: "The Mill-Wright's Table" (see); "Observations on the Bones, Commonly Supposed to be Elephant Bones, which have been Found Near the River Ohio, in America" and which mentions Ben Franklin as one to whom they were sent for inspection.
Both full page plates called for are present.
Complete in 48 pages, 5 by 8 inches, full title/contents  page featuring an engraving of St. John's  Gate, very nice condition. 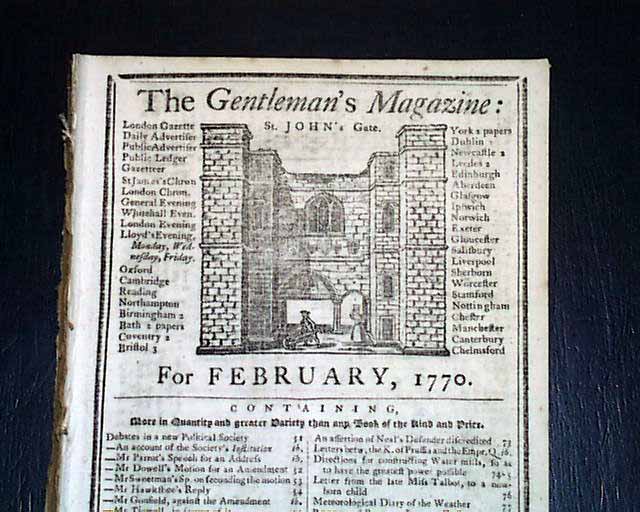 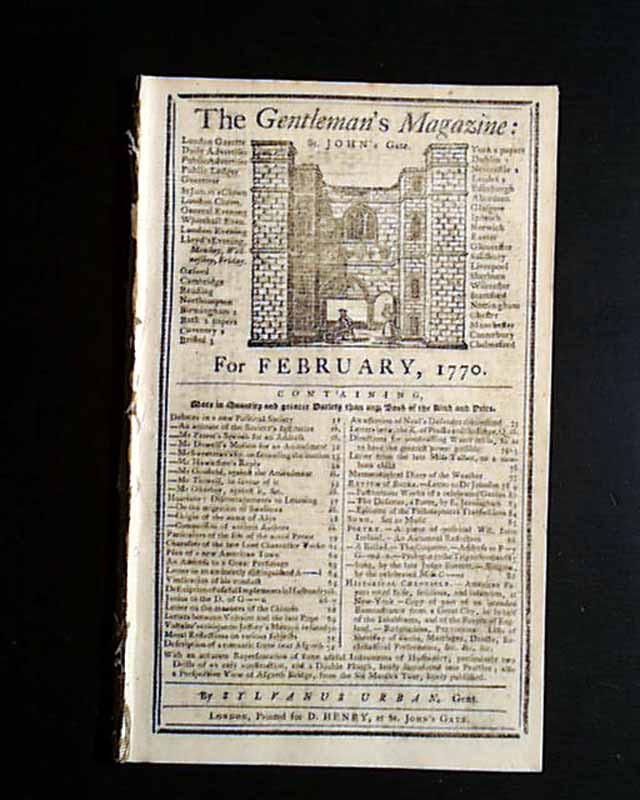 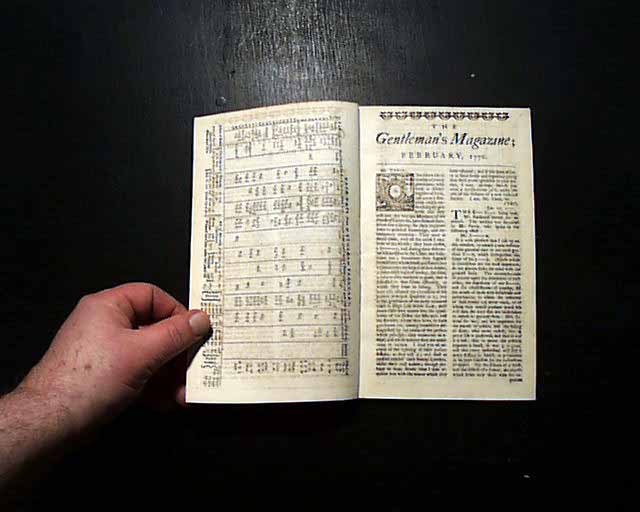 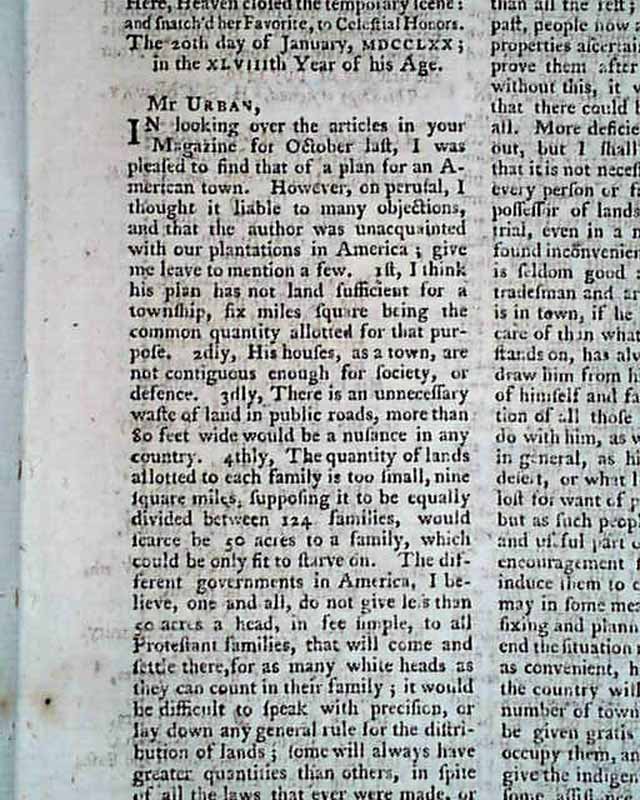 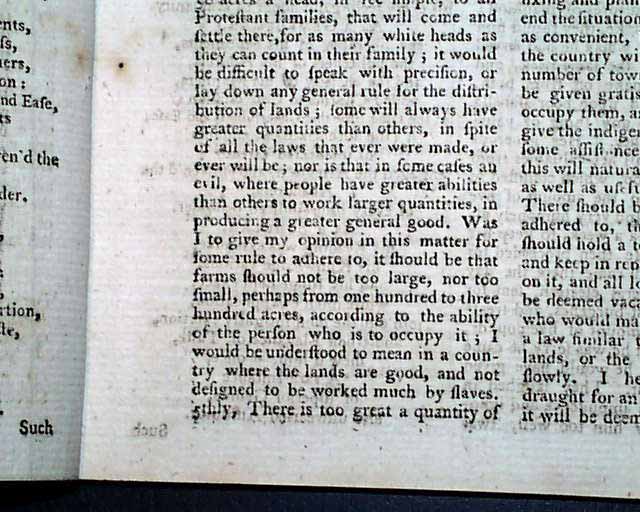 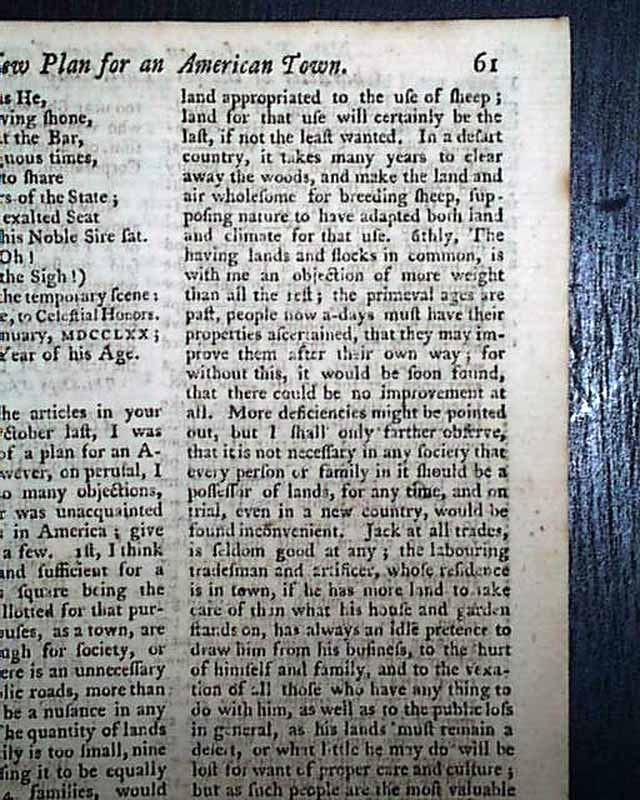 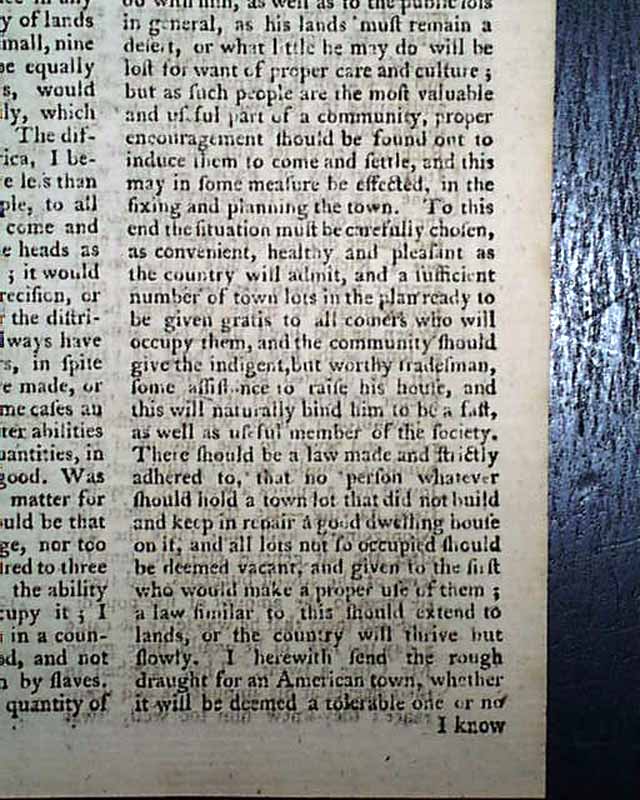 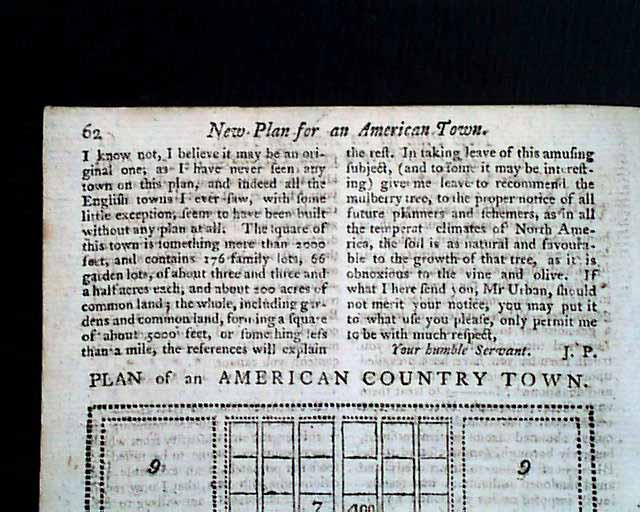 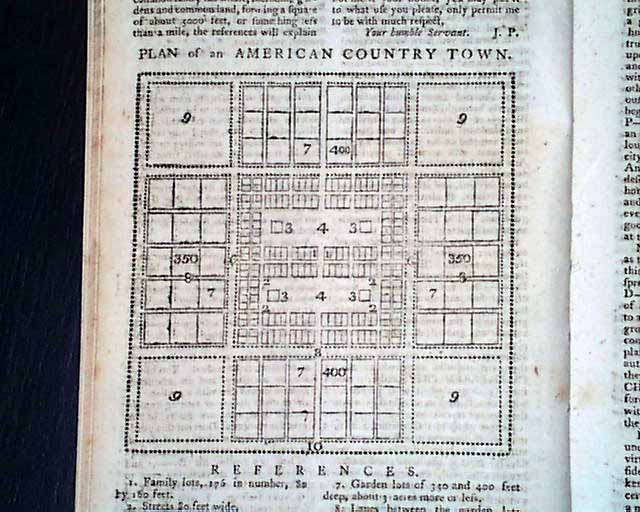 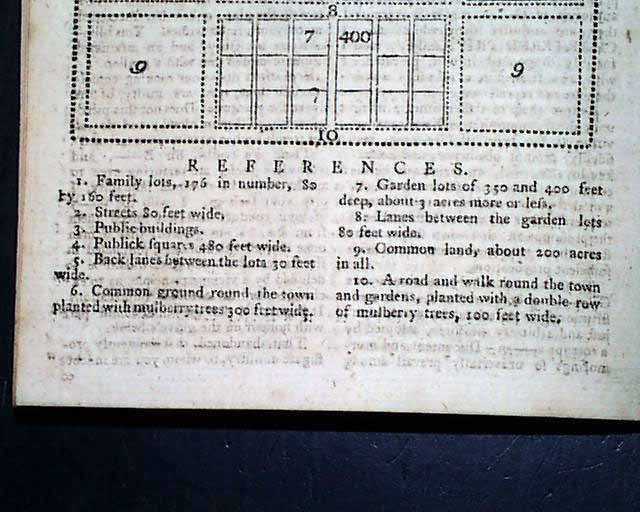 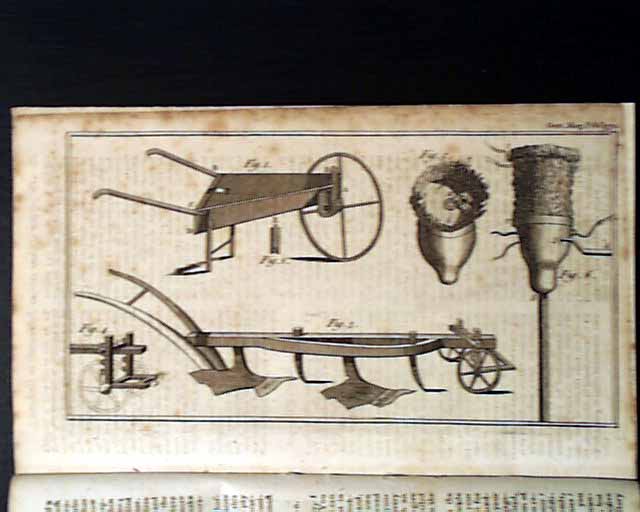 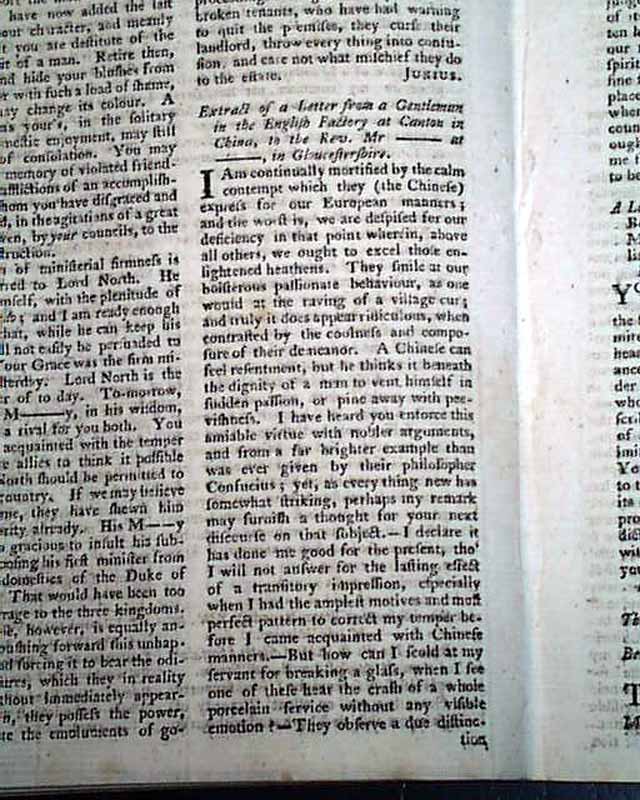 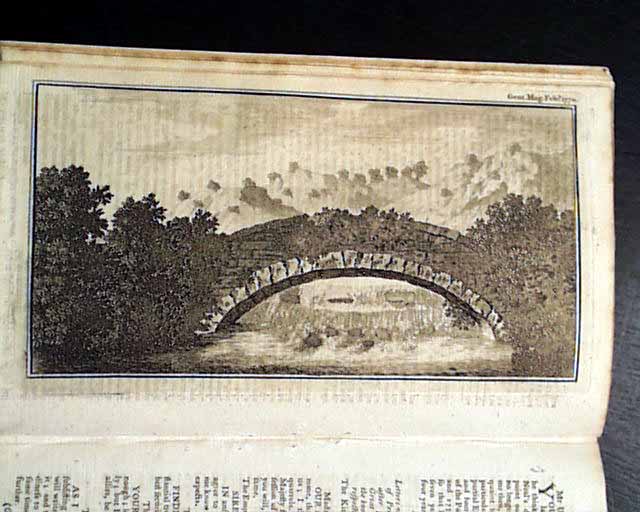 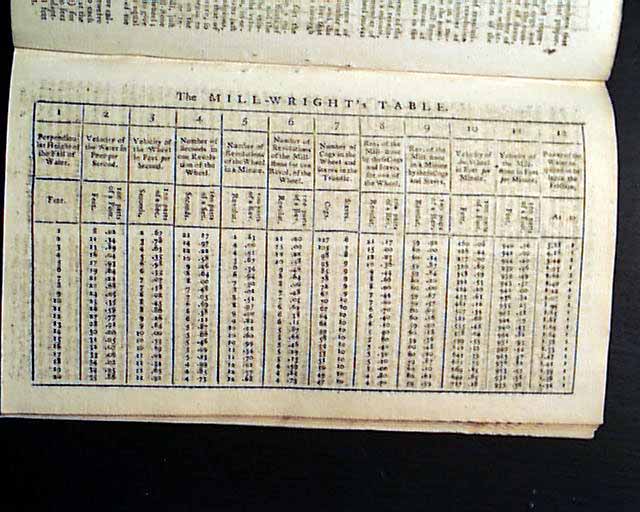 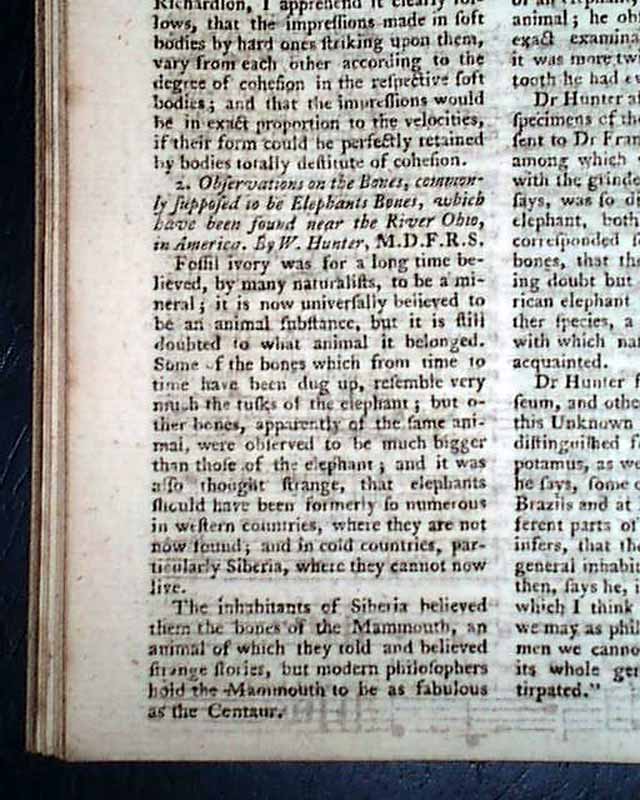 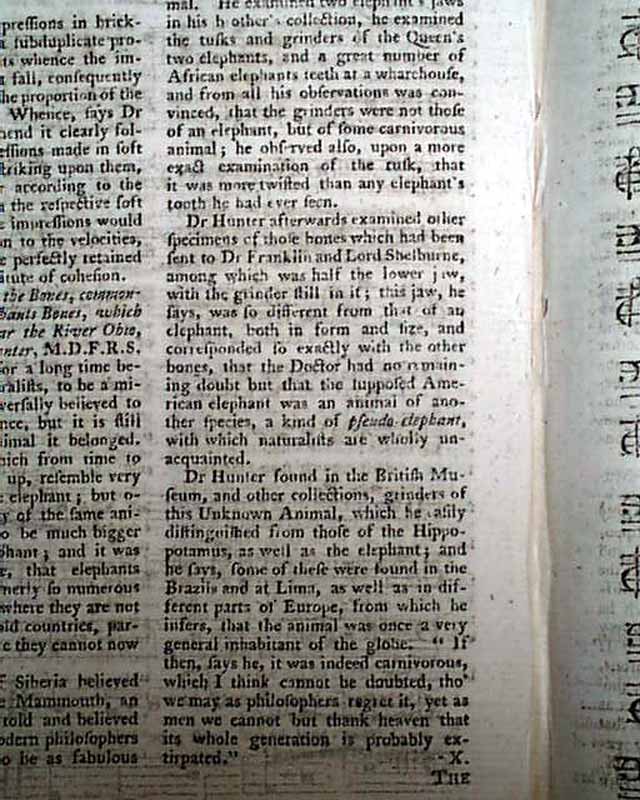 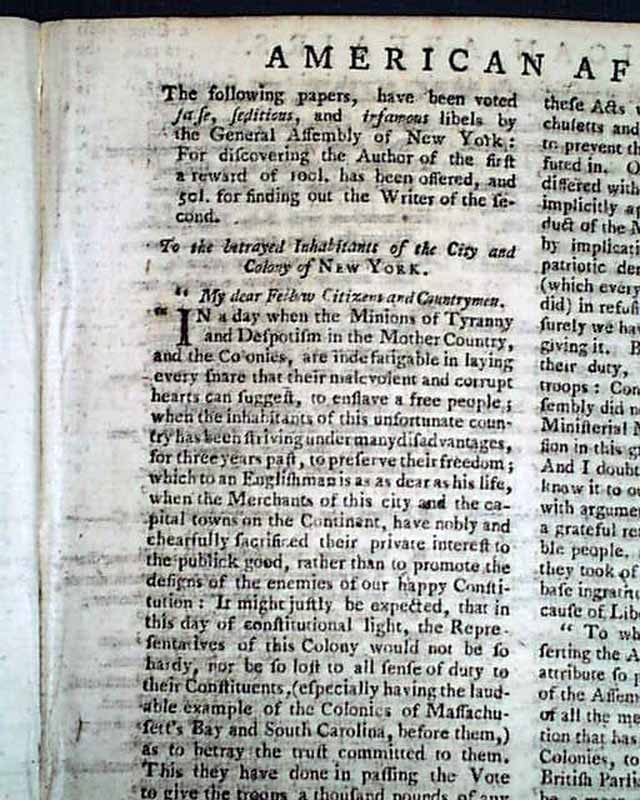 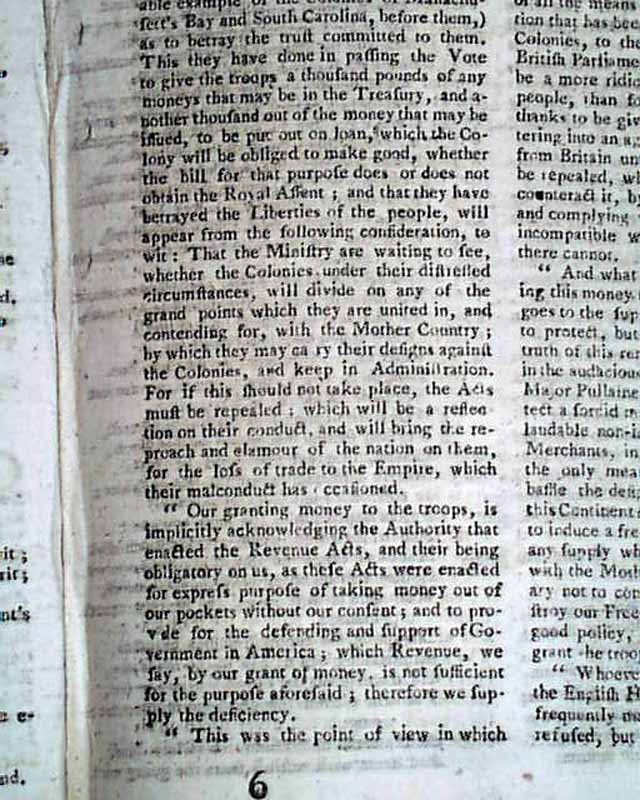 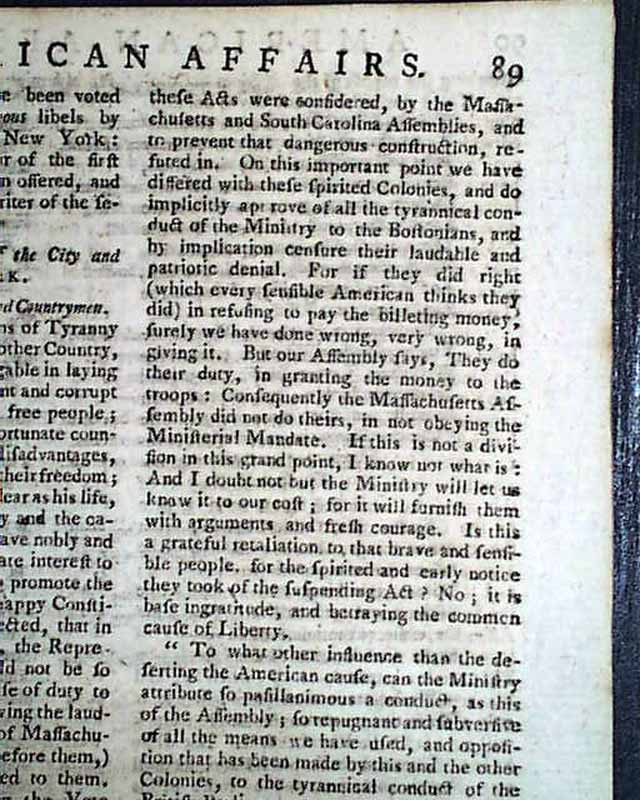 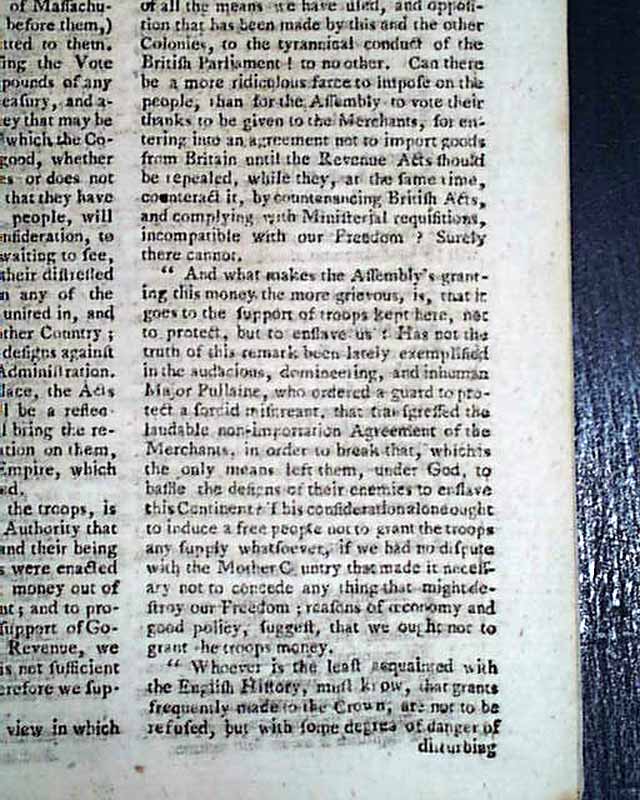 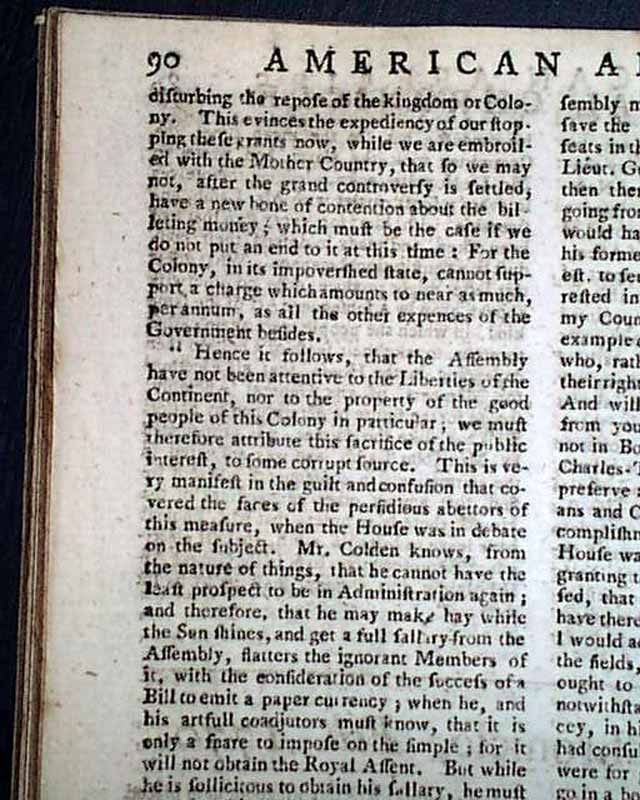 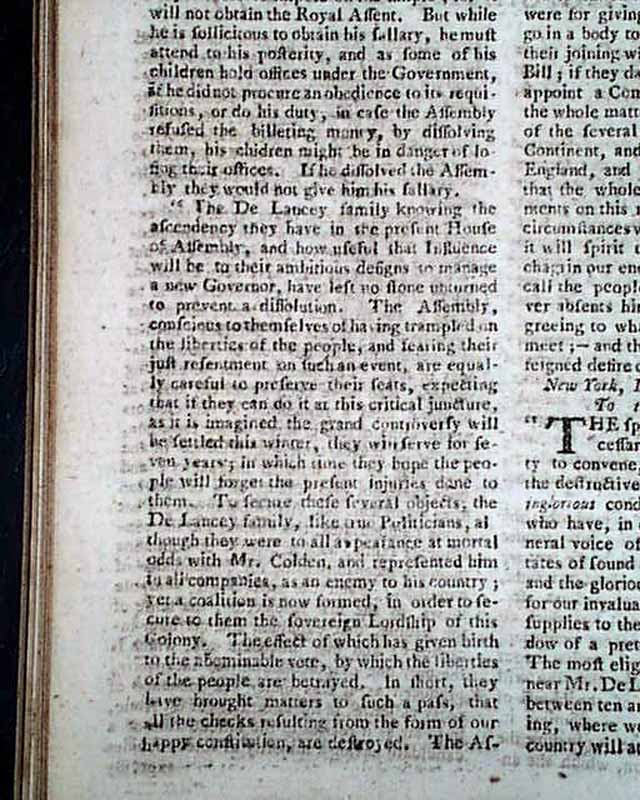 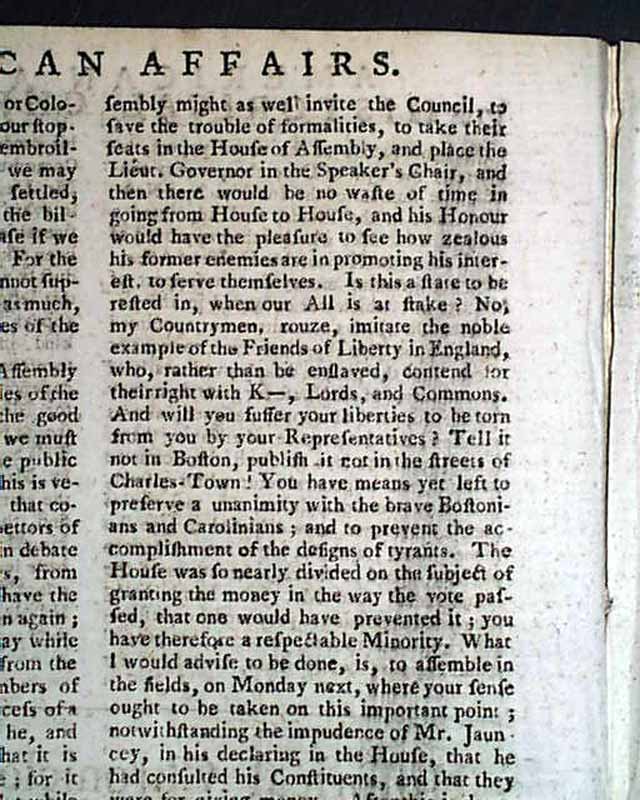 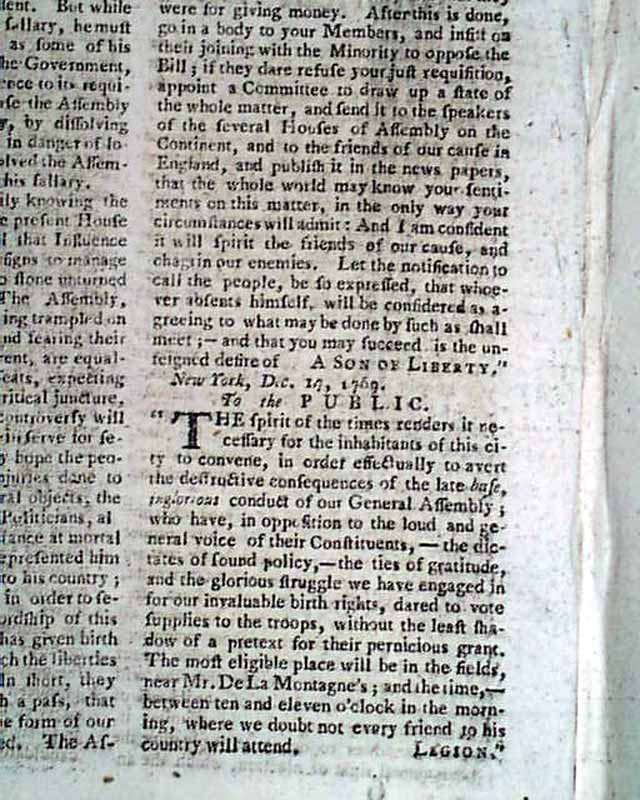