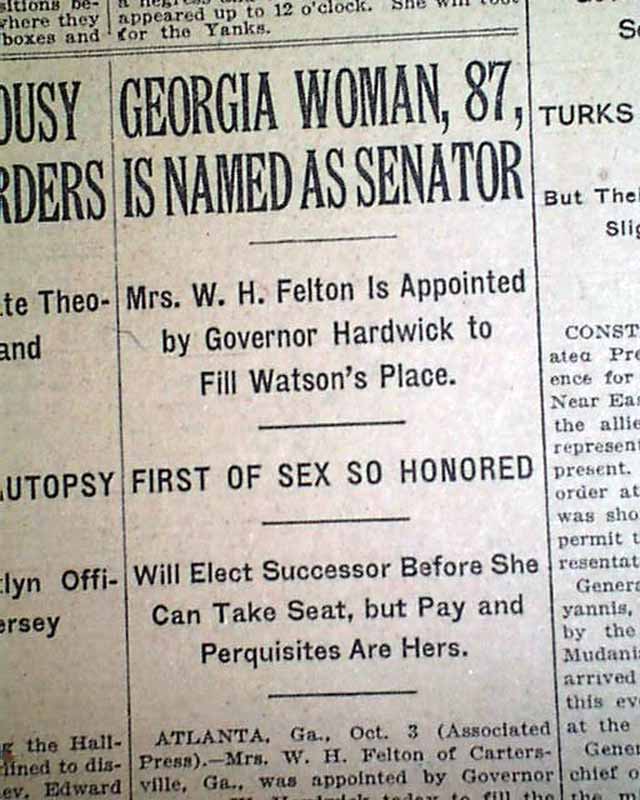 The front page has a one column heading: "GEORGIA WOMAN, 87, IS NAMED AS SENATOR" with subheads. (see) First report coverage on the very 1st United States female senator being officially chosen. A historic item on the beginnings of Women in politics.
Other news, sports and advertisements of the day. Complete with all 48 pages, light even toning, irregular along the spine, otherwise good.