Home > Back to Search Results > The first vessel sailing into the Panama Canal... The stadium before Yankee Stadium...
Click image to enlarge 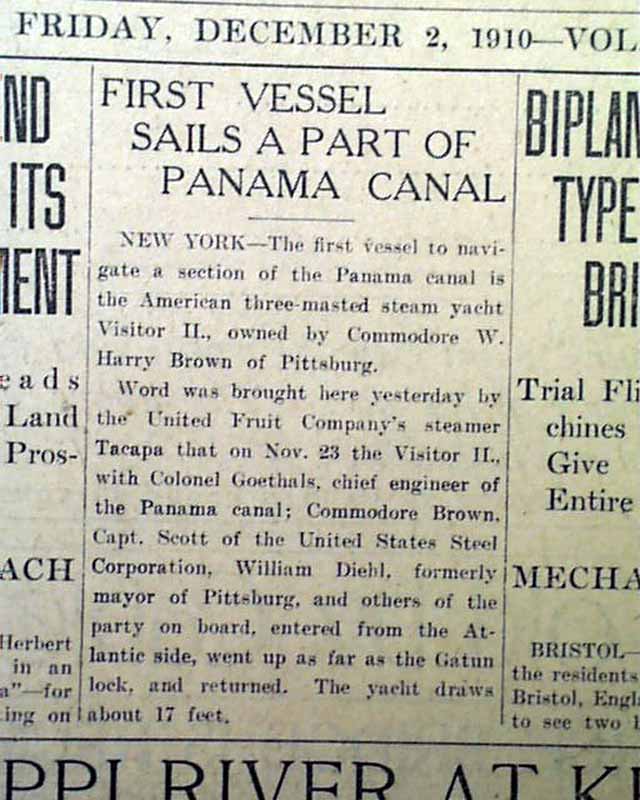 The first vessel sailing into the Panama Canal... The stadium before Yankee Stadium...


THE CHRISTIAN SCIENCE MONITOR, Boston, Massachusetts, December 2, 1910  The front page  has a column head: "First Vessel Sails a Part of Panama Canal", a three-masted steam yacht Visitor II.
The sport page has a one column head: "Soon to Sign Contracts for New N.Y. Stadium" with subhead "President Farrell of American Baseball Club Expected to Approve Them on Return From South". Mr. Frank Farrell was also the owner of the New York Yankees (3 years before they would be known as the Yankees) and the park was Hilltop Park, the predecessor to the original Yankee Stadium.
Fourteen pages, some minor margin tears, nice condition.