Home > Back to Search Results > Battle of Darbytown Road...
Click image to enlarge 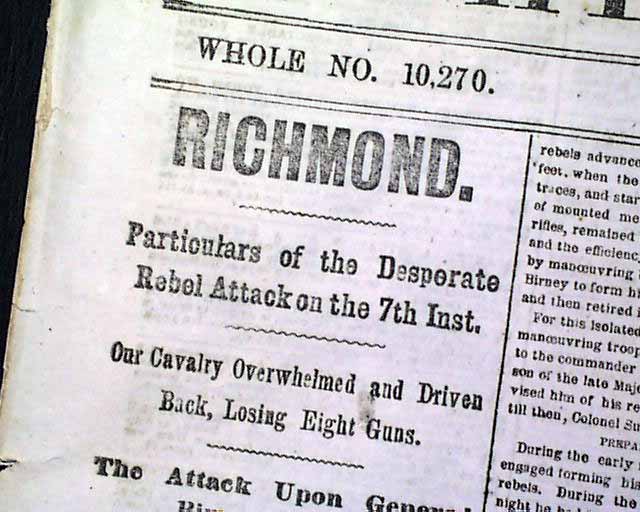 Among the front page one column heads on the Civil War are: "RICHMOND", "Particulars of the Desperate Rebel Attack on the 7th", "Our Cavalry Overwhelmed & Drives Back, Losing Eight Guns", "The Attack Upon General Burney's Corps", "He Retrieves the Disaster", "The Rout of the enemy Complete", "The Rebels Driven Into the Inner Defences of Richmond", "The Rebel Military Situation", "Important Success of the Union Troops in Louisiana" and more. Also a brief first column dispatch signed by the President: A. Lincoln. 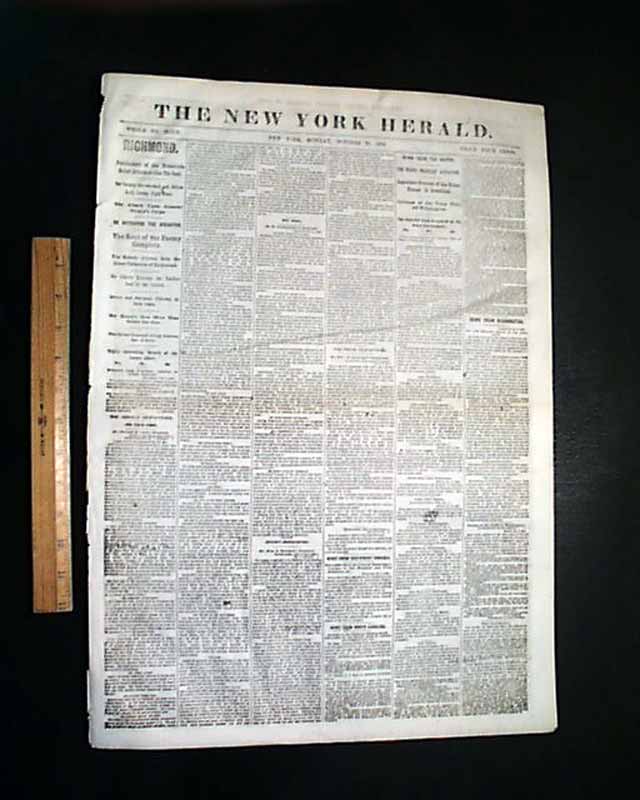 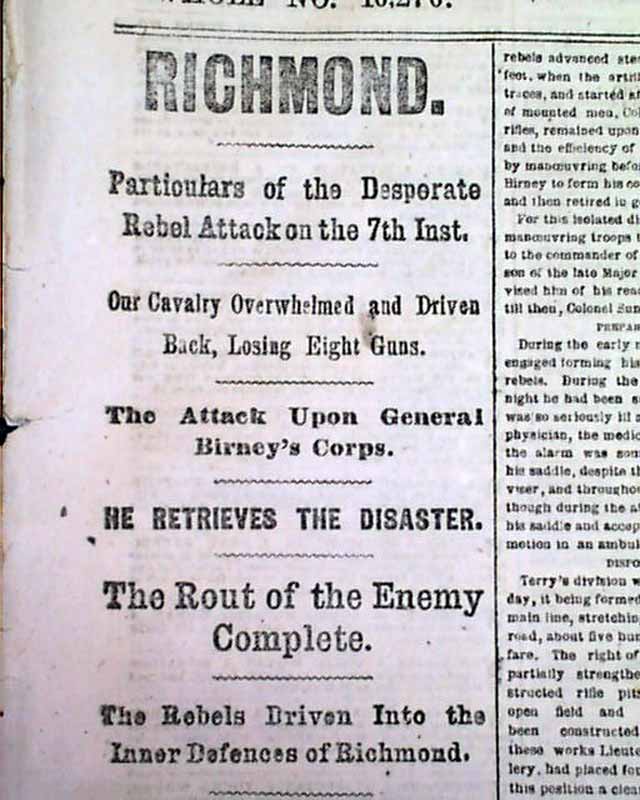 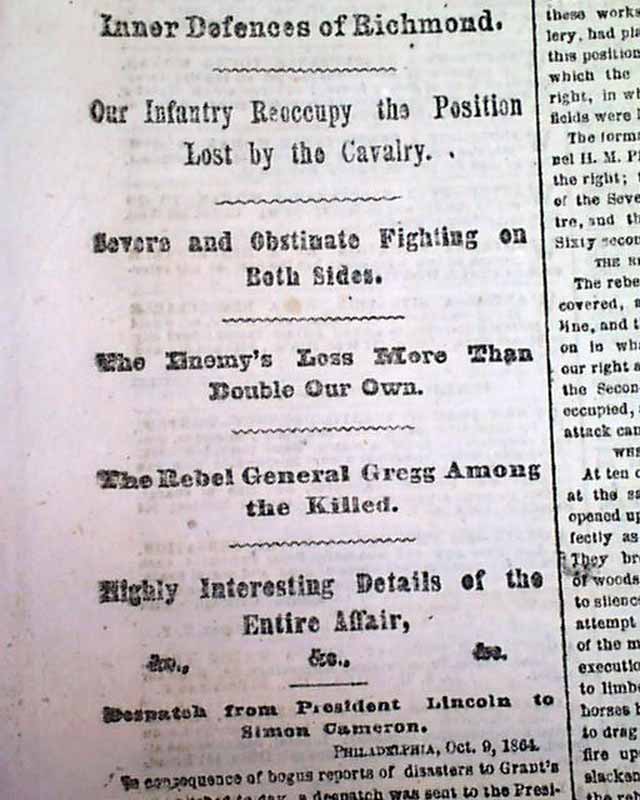 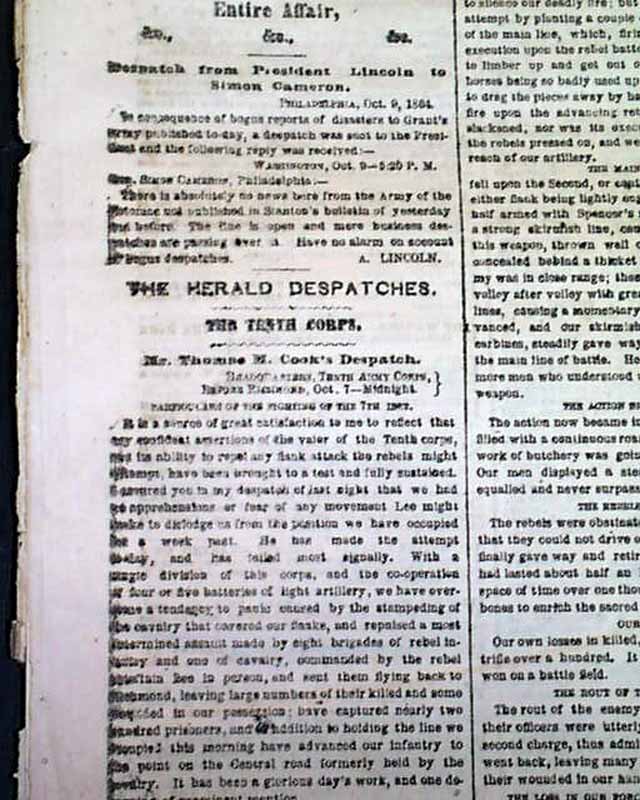 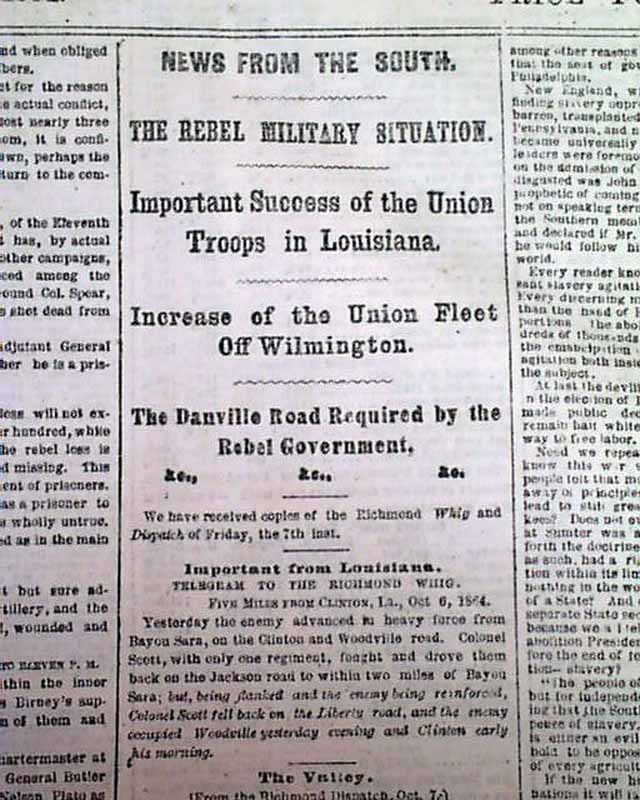 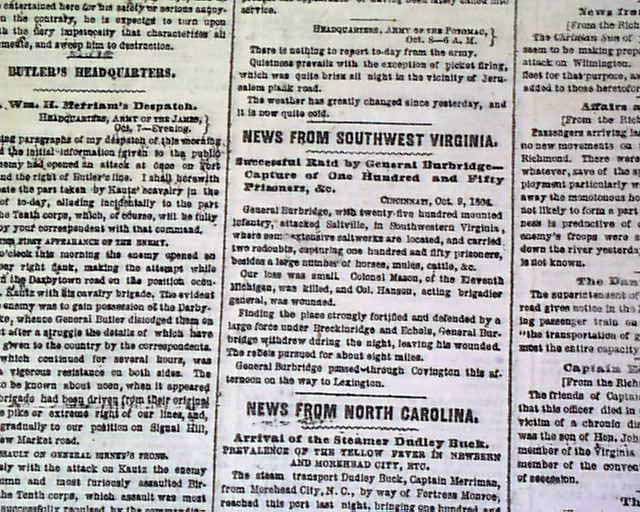 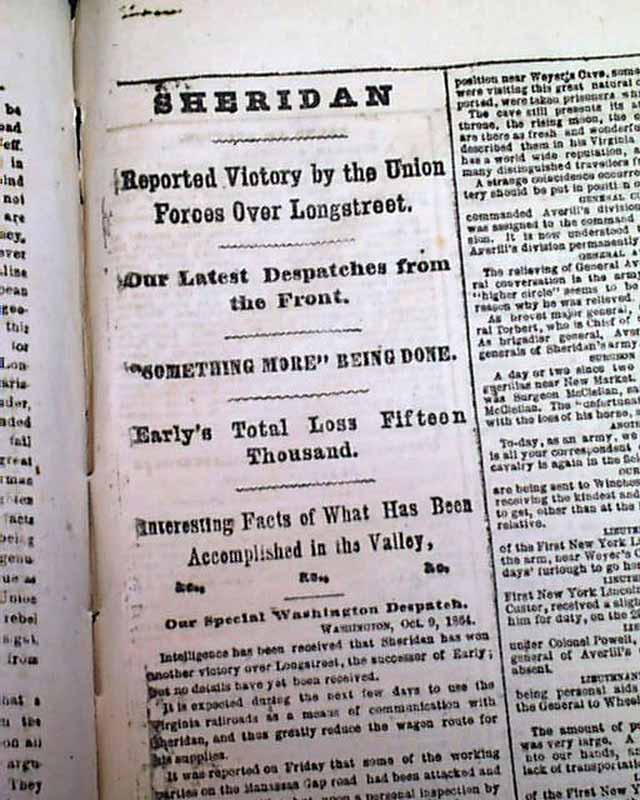 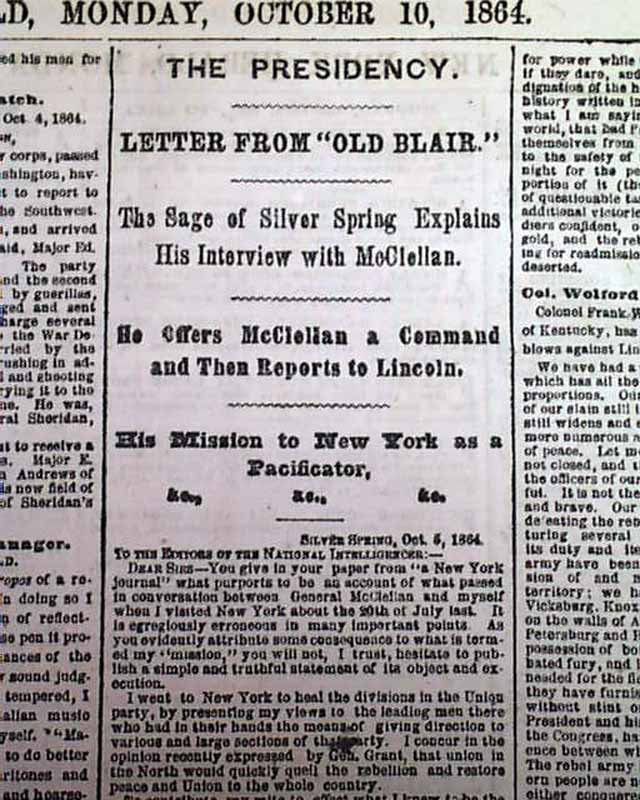