Home > Back to Search Results > Was Jesse James killed?
Click image to enlarge 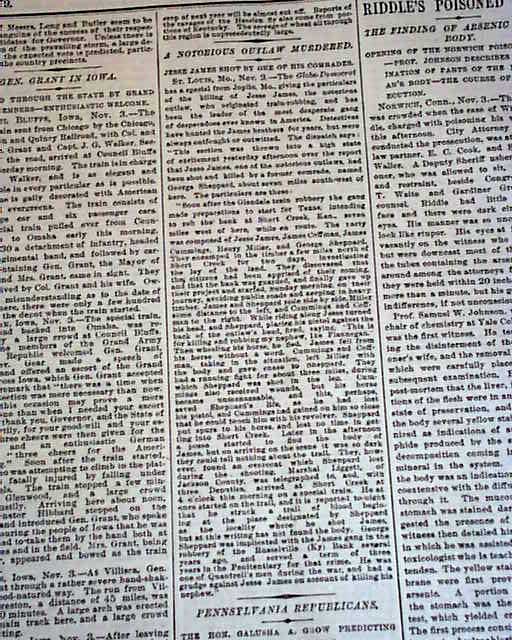 Near the top of the front page is a very interesting article: "A Notorious Outlaw Murdered", "Jesse James Shot by One of His Comrades" with the text taking six inches. The only problem is that the report is not true. Although Jesse James was murdered by a comrade, it was not until 1882. Bits include: "...the particulars of the killing of Jesse James, the notorious outlaw who originated train-robbing & has been the leader of the most desperate gang of desperadoes ever known in America. Detectives have hunted the James brothers for years..." with much more.
Eight pages, four binding holes near the spine, very nice condition.