Home > Back to Search Results > Much on the Indians of the West...
Click image to enlarge 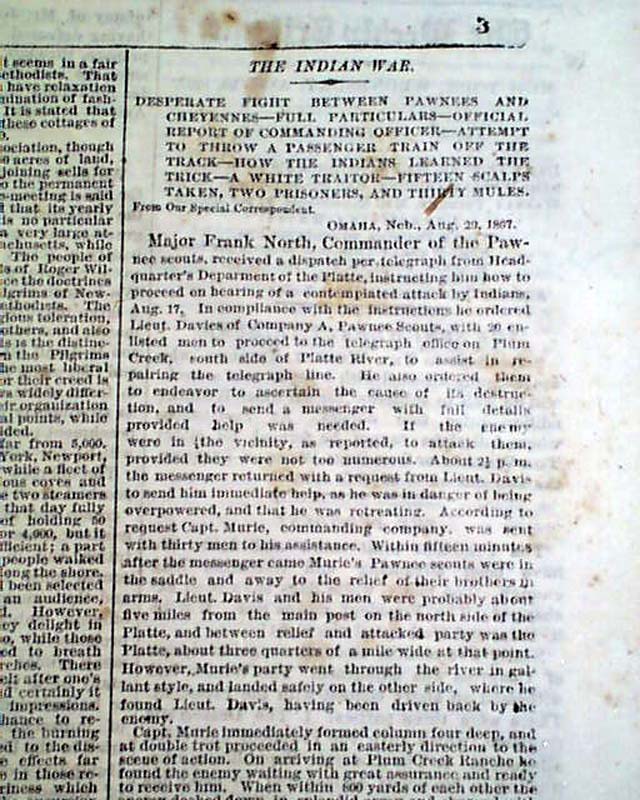 Much on the Indians of the West...


NEW YORK WEEKLY TRIBUNE, Aug. 28, 1867  Page 3 has nice Indian content with heads & subheads: "The Indian War" "Desperate Fight Between Pawnees and Cheyennes--Full Particulars--Attempt to Throw a Passenger Train Off the Track--How the Indians Learned the Trick...Fifteen Scalps Taken..." and then further on is another article: "Abandonment of Old Fort Union--Indian Affairs. This report is from the Montana Territory.
Eight pages, very nice condition.