Home > Back to Search Results > Jesse James was murdered?
Click image to enlarge 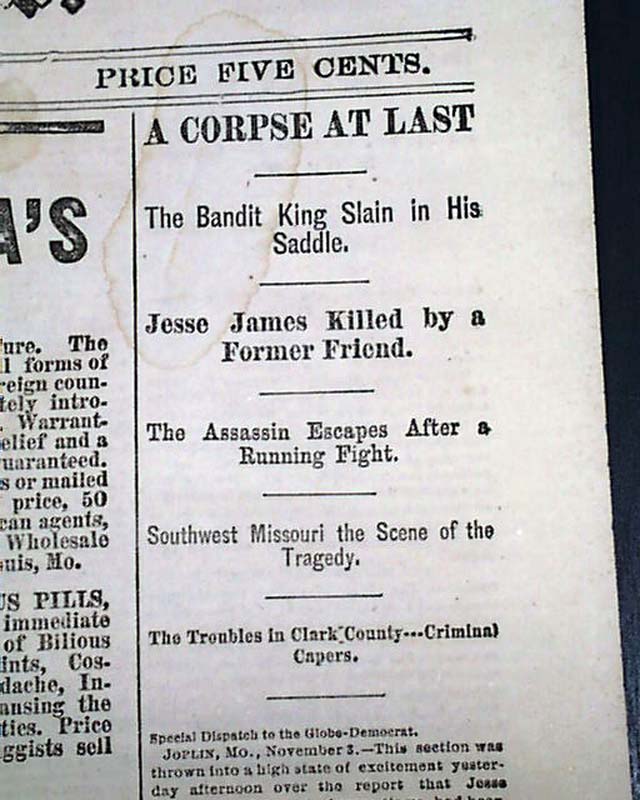 The last column of the ftpg. is taken up with a very interesting, although erroneous, report of the death of Jesse James with heads: "A CORPSE AT LAST" "The Bandit King Slain In His Saddle" "Jesse James Killed By a former Friend" "The Assassin Escapes After a Running Fight" "Southwest Missouri the Scene of the Tragedy". Near the beginning is: "This section was thrown into a high state of excitement yesterday afternoon over the report that Jesse James, one of the notorious outlaws, had been shot & killed by a former comrade, named Geo. Shephard..." with much more, carrying over to page 2.
But this was all untrue. Jesse James would be assassinated by a friend but not until April, 1882.
Ten pages, light damp stain in the mentioned heads, a bit irregular at the spine, nice condition.