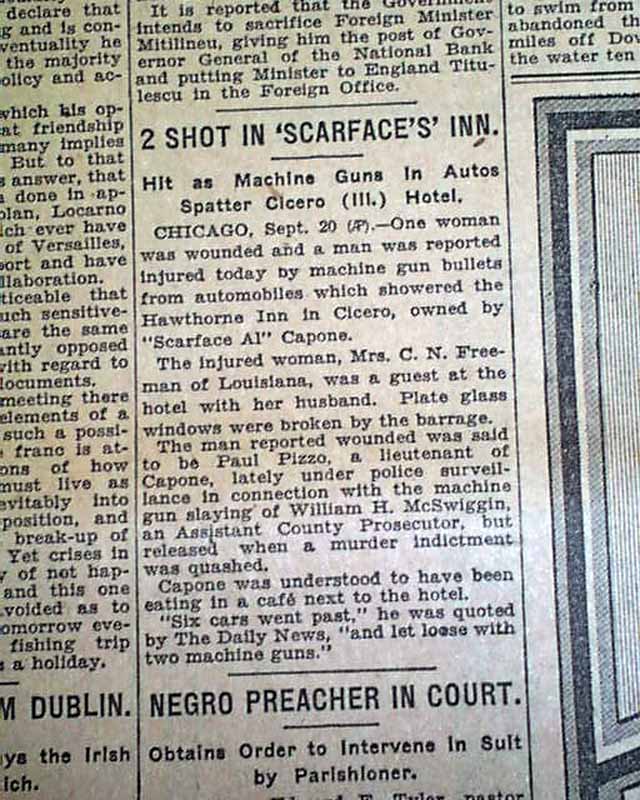 Page 15 has a small and somewhat discrete one column headings:  "2 SHOT IN 'SCARFACE'S' INN" "Hit as Machine Guns in Autos Spatter Cicero (ill.) Hotel" First report coverage on the assassination attempt on Al 'Scarface' Capone by enemy gangsters, probably lead by Hymie Weiss who would be murdered a few weeks later.
Other news, sports and advertisements of the day with much on the 1926 Miami hurricane. Complete with all 60 pages, light toning, a little margin wear, generally nice.