Home > Back to Search Results > Capture of Black Hawk and the Prophet...
Click image to enlarge 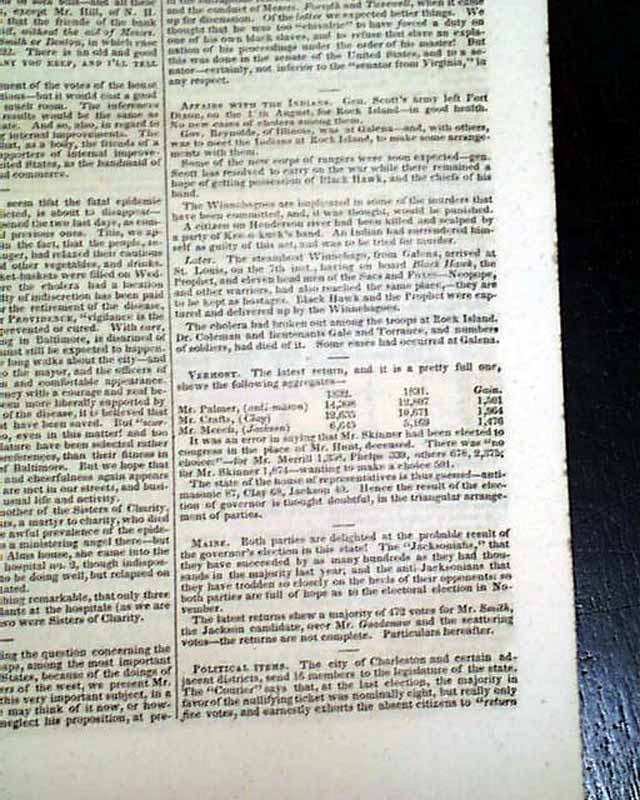 Capture of Black Hawk and the Prophet...

Among the articles are: "Island of Cuba" with a list of its products; "Affair With the Indians" which includes: "...arrived at St. Louis on the 7th inst. having on board Black Hawk, the Prophet, and eleven head men of the Sacs and Foxes...Black Hawk and the Prophet were captured & delivered up by the Winnebagoes."
Sixteen pages, 6 1/4 by 9 3/4 inches, very nice condition.