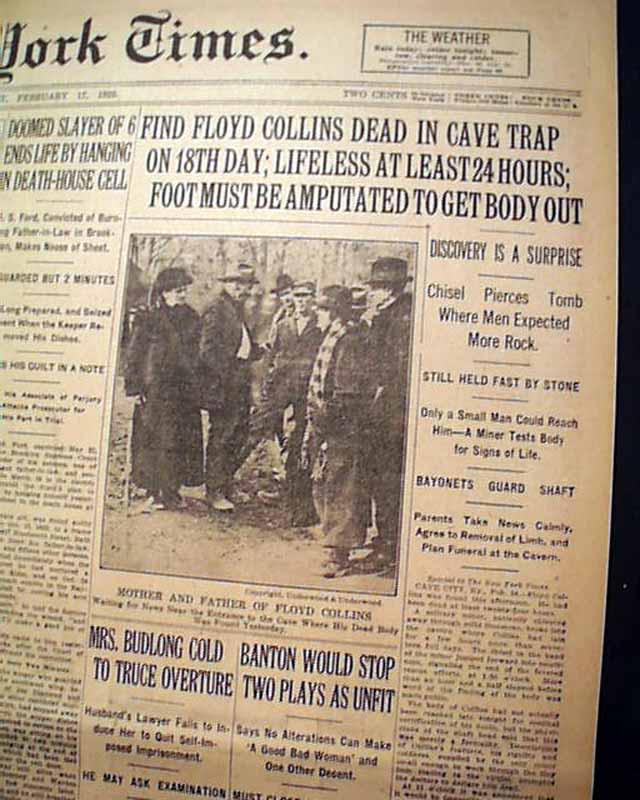 The top of the front page has a three column headline: "FIND FLOYD COLLINS DEAD IN CAVE TRAP ON 18TH DAY; LIFELESS AT LEAST 24 HOURS; FOOT MUST BE AMPUTATED TO GET BODY OUT" with many subheads including: "Discovery Is A Surprise", "Bayonets Guard Shaft" and more. A related ftpg. photo as well. Much more on page 2 with a nice pictorial. Always nice to have notable events in history reported in this World famous publication.
The reports about efforts to save him became a nationwide newspaper sensation and among the first major news stories to become a sensation on the new technology of broadcast radio. The rescue attempt grew to become the third-biggest media event between the world wars.
Other news, sports and advertisements of the day. Complete in 48 pages, light toning, a little irregular along the spine, nice condition.