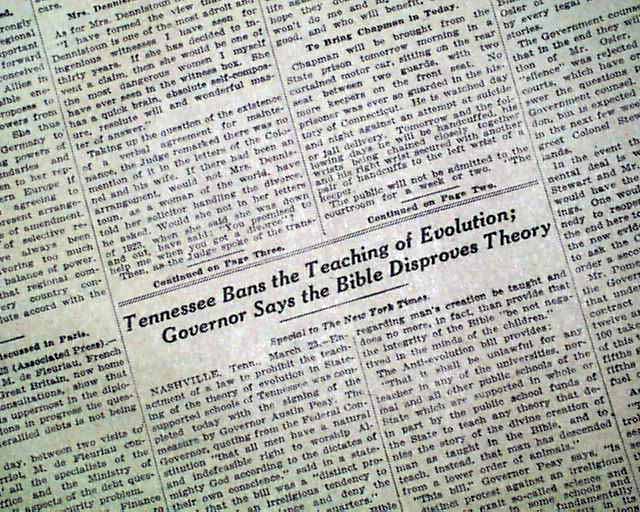 Near the bottom of the front page is a two column heading: "Tennessee Bans the Teaching of Evolution; Governor Says the Bible Disproves Theory" First report coverage on Tennessee being the first state to ban evolution teachings that would eventually lead to the famous Scopes' monkey trial in Dayton, Tennessee a few months later. Always nice to have notable events in history reported in this World famous publication.
Other news, sports and advertisements of the day. Complete in 48 pages, a little irregular along the spine, nice condition.