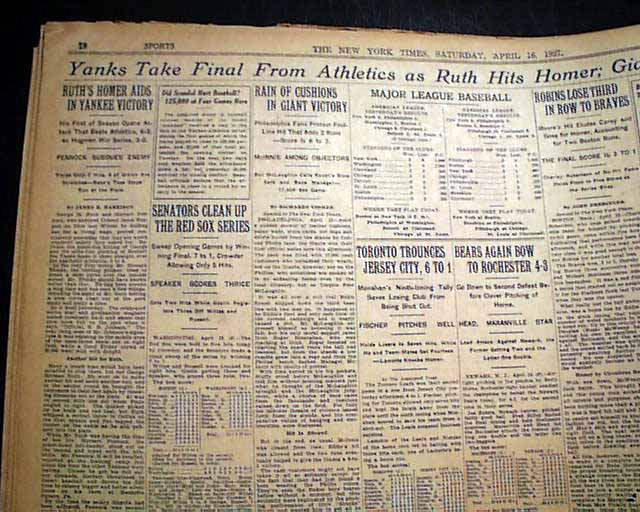 The sport's section (page 18) has a six column headline: "Yanks Take Final From Athletics as Ruth Hits Homer" with subheads that include: "RUTH'S HOMER AIDS IN YANKEE VICTORY" and more. First report coverage on Babe Ruth's 1st home run of the 1927 baseball season. He would end the season with 60 and hold the home run record for many years. Great to have in this famous New York City title. Rare as such.
Other news, sports and advertisements of the day. Thirty-two pages, some wear and partially loose along the spine with a few staples and a little unrelated text loss, otherwise in generally good condition.