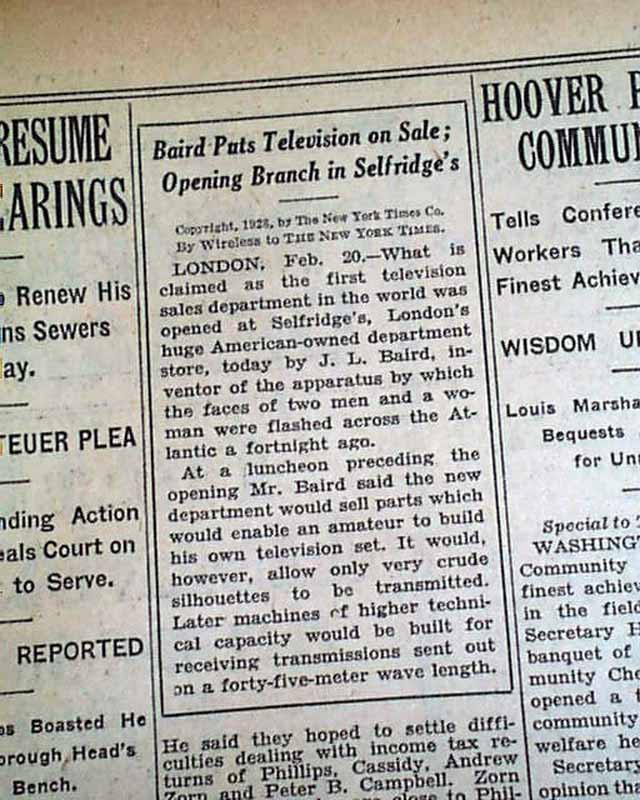 Page 27 has a one column heading: "Baird Puts Television on Sale; Opening Branch in Selfridge's" A very significant report during the founding of television, an invention which would change not only the worlds of entertainment & communication forever, but society as well.
A significant issue for any collector of television history. Other news of the day. Complete in 52 pages, a little irregular along the spine, nice condition.