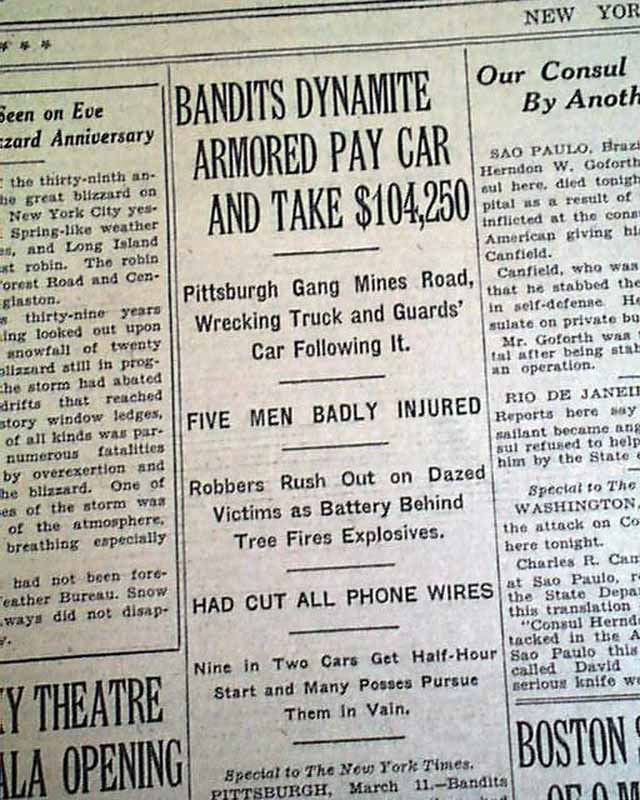 The top of the front page has a one column heading: "BANDITS DYNAMITE ARMORED PAY CAR AND TAKE $104,250" with subheads. (see) Always nice to have notable events in history reported in this World famous publication.
Other news, sports and advertisements of the day. Complete in 32 pages, irregular along the spine, nice condition.