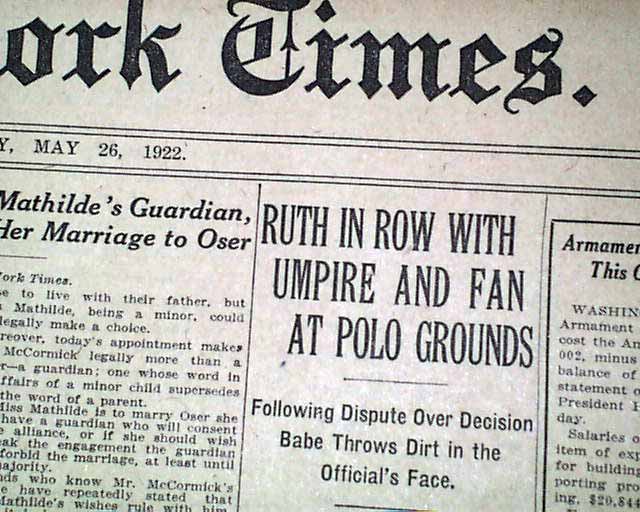 The top of the front page has one column headings that include: "RUTH IN ROW WITH UMPIRE AND FAN AT POLO GROUNDS" "Following Dispute Over Decision Babe Throws Dirt in the Official's Face" "Chases Rooter In Stand" "Home-Run King Not Sorry" and more. (see) Nice to have in this famous New York City title.
Other news, sports and advertisement of the day. Complete with all 40 pages, light toning, minor margin wear, generally nice. 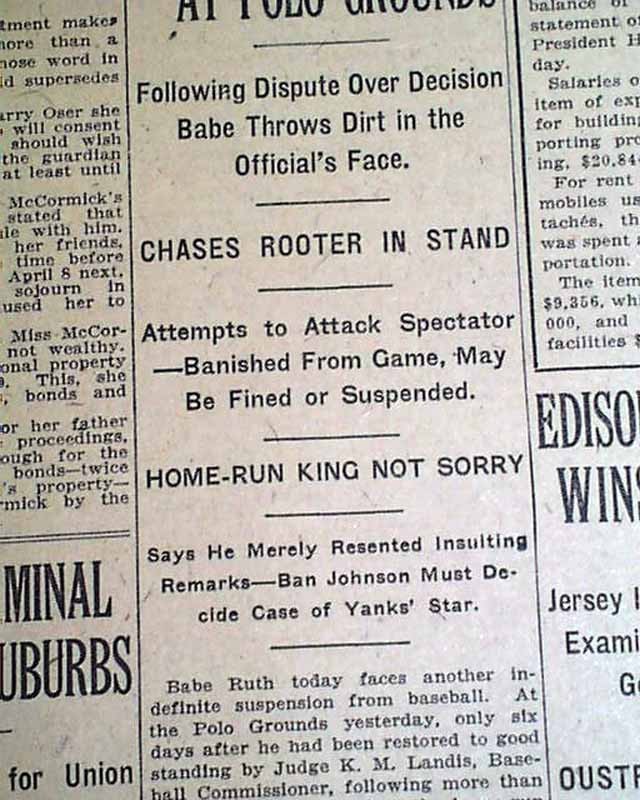 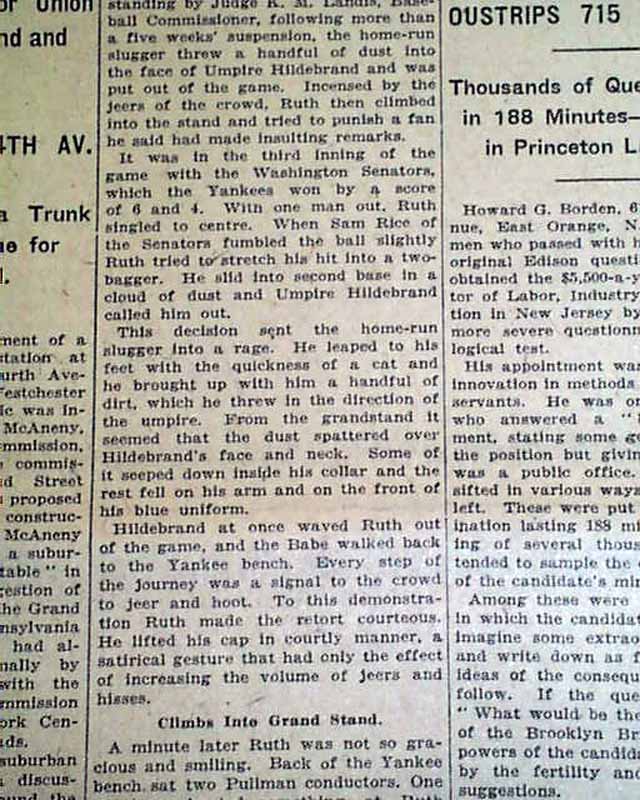 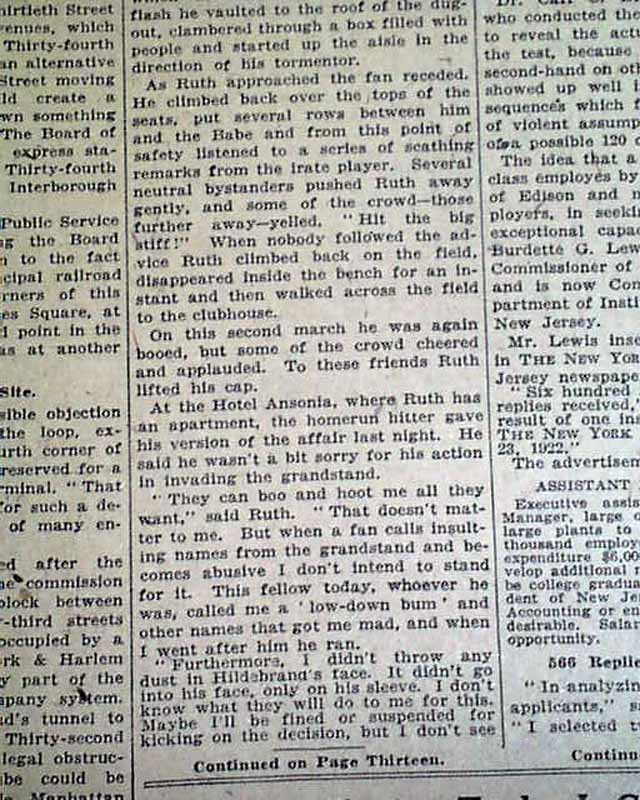 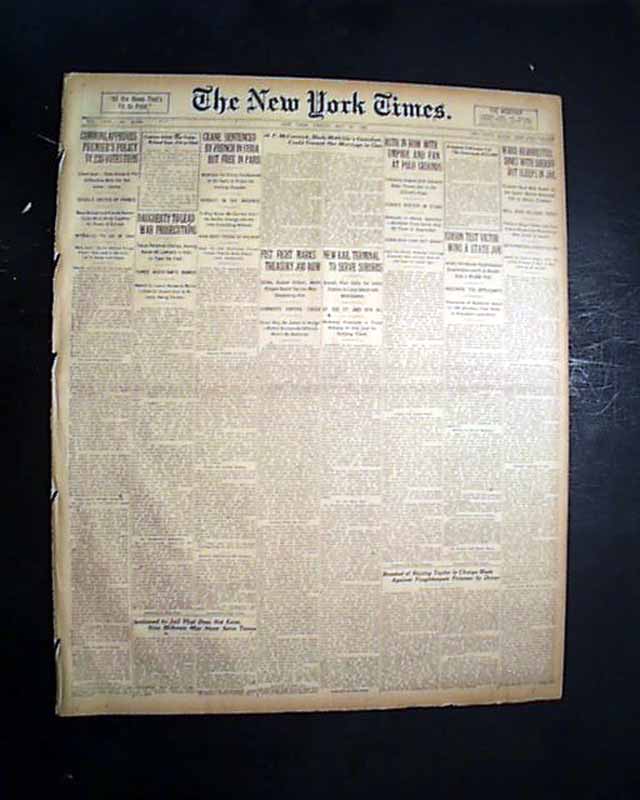 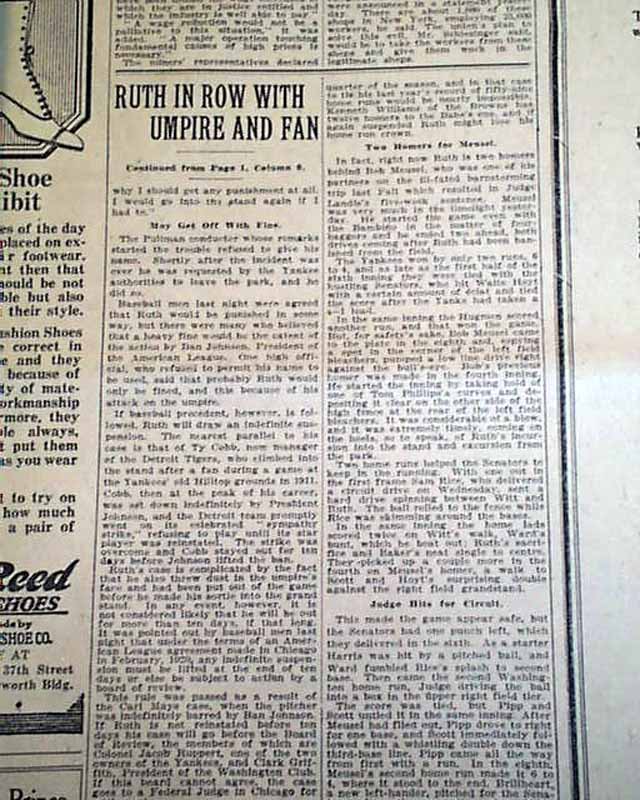 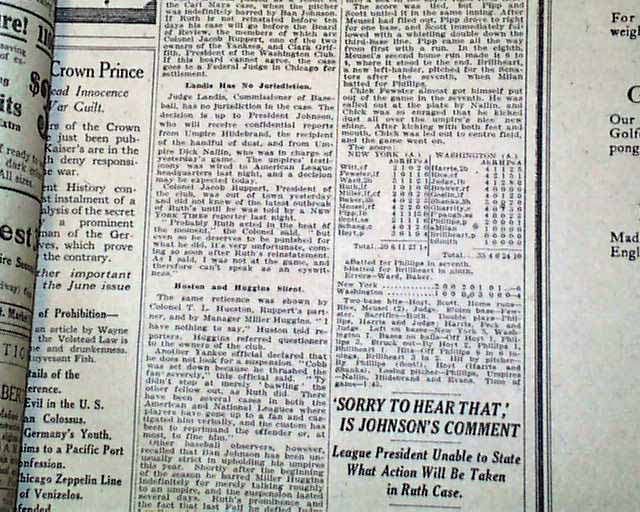