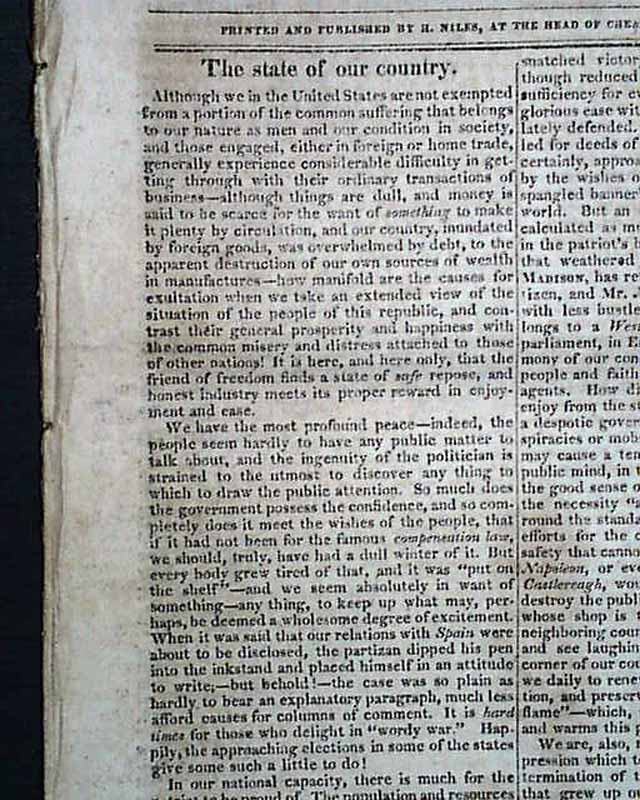 
NILES' WEEKLY REGISTER, Baltimore, March 15, 1817  The issue begins with: "The State of Our Country". Other items include: "Legislature of Delaware - Governor's Address" signed: John Clark; "Legislature of Kentucky" "General Armstrong Privateer"; a lengthy list of: "Appointments & Promotions" by the President, taking over half a page; "Mint Establishment" and much more.
The back page has an item: "Naval" beginning: "The U.S. frigate Java, captain Perry, has arrived at Newport ...from the Mediterranean bearing dispatches from com. Chauncey, who...has persuaded the dey of Algiers to recognize the treaty he made with com. Decatur...".
Sixteen pages, 6 by 9 1/2 inches, even toning, otherwise in very good condition.