Home > Back to Search Results > General Jackson on the Battle of Horseshoe Bend...
Click image to enlarge 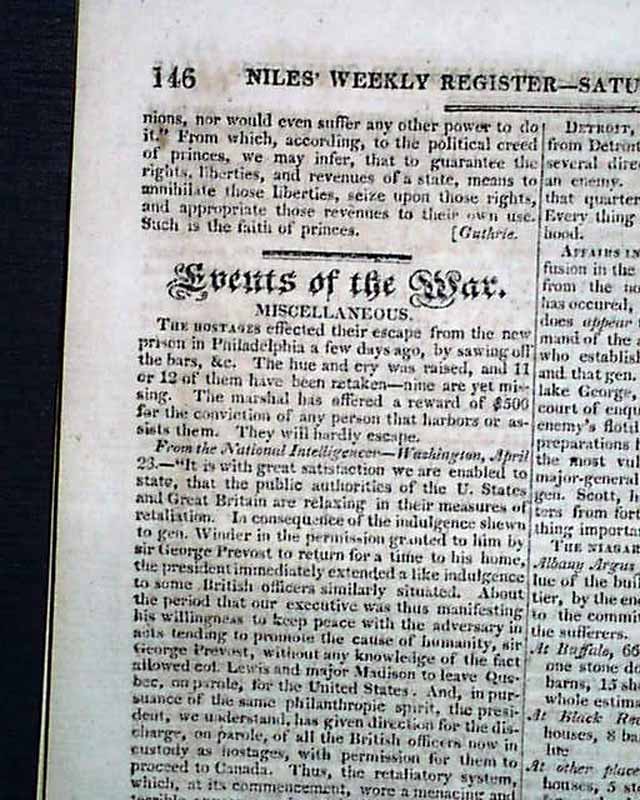 General Jackson on the Battle of Horseshoe Bend...


NILES' WEEKLY REGISTER, Baltimore, April 30, 1814  Inside has nearly 5 pages under the heading: "Events Of The War". Included is a nice account headed: "Jackson's Victory" which takes over a full page to give his account of the famous Battle of Horseshoe Bend (see for portions) and is signed by him in type: Andew Jackson. There is also a lengthy: "Report form General Coffee to General Jackson, dated April 1" on the battle, plus a letter from Col. Morgan, commander of the Cherokees to William Blount dated at Fort Williams. There is also a lengthy account of; "The Affair at La Cole Mill--British Official Account".
Sixteen pages, 6 1/4 by 9 1/2 inches, in very good condition.