Home > Back to Search Results > Early report of Davy Crockett in Congress...
Click image to enlarge 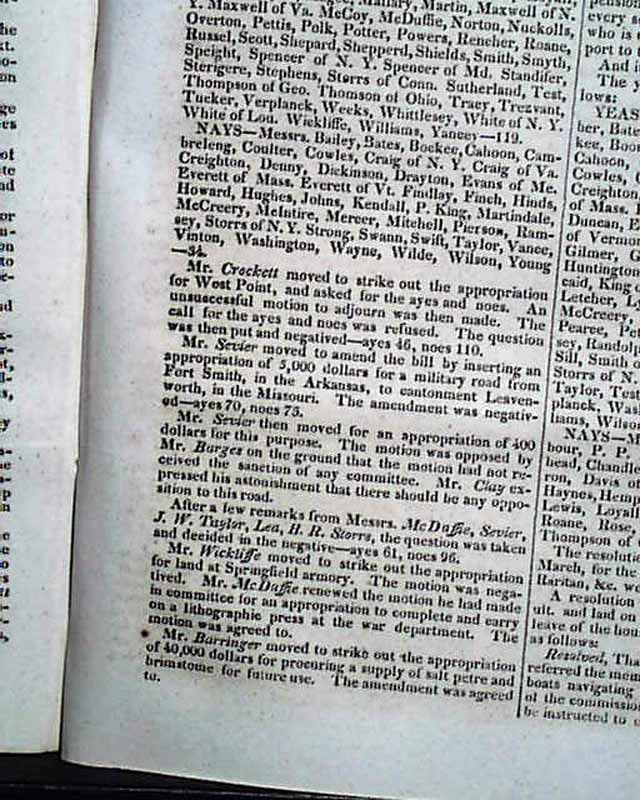 
NILES' WEEKLY REGISTER, Baltimore, April 10, 1830  Among the lengthy reports from Congress is a portion reading: "...Mr. Crockett moved to strike out the appropriation for West Point, and asked for the ayes and noes. An unsuccessful motion to adjourn was then made..." with just a bit more (see photos).
Among other reports in this issue are: "General Harrison" with a letter signed in type: W. H. Harrison; a letter signed: Andrew Jackson; "Attempted Revolution in Cuba" & more.
Complete in 16 pages, 6 1/4 by 9 1/2 inches, very good condition.