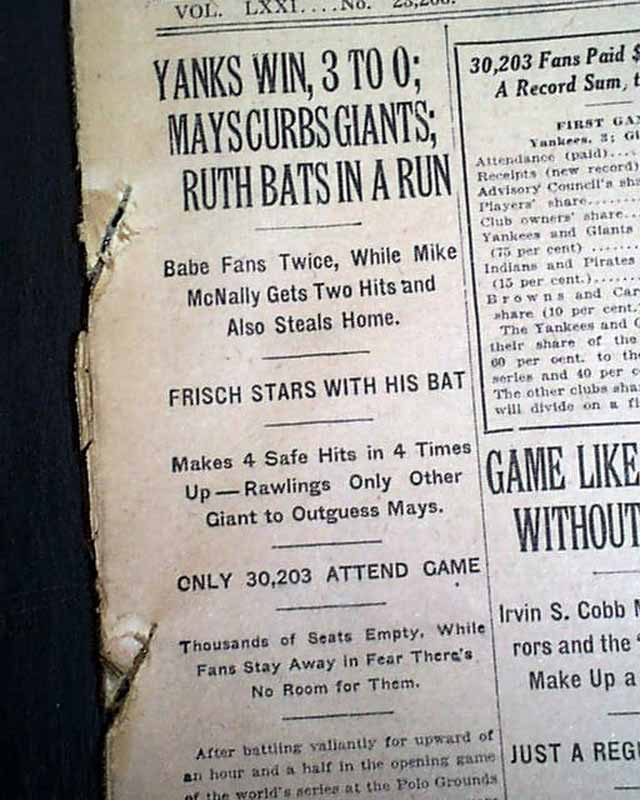 The top of the front has a one column heading: "YANKS WIN, 3 TO 0; MAYS CURBS GIANTS; RUTH BATS IN A RUN" with subheads. (see) Much more in the sport's section with box scores. Loads of text. This was game 1 of the 1921 World Series and more importantly the very 1st World Series game the Yankees participated in making this a very historic and rare item. And what better title to have than the famous New York Times.
Complete with all 34 pages, a little light staining, some spine wear, generally good.