Home > Back to Search Results > Woman's baseball league... "A League of Their Own"...
Click image to enlarge 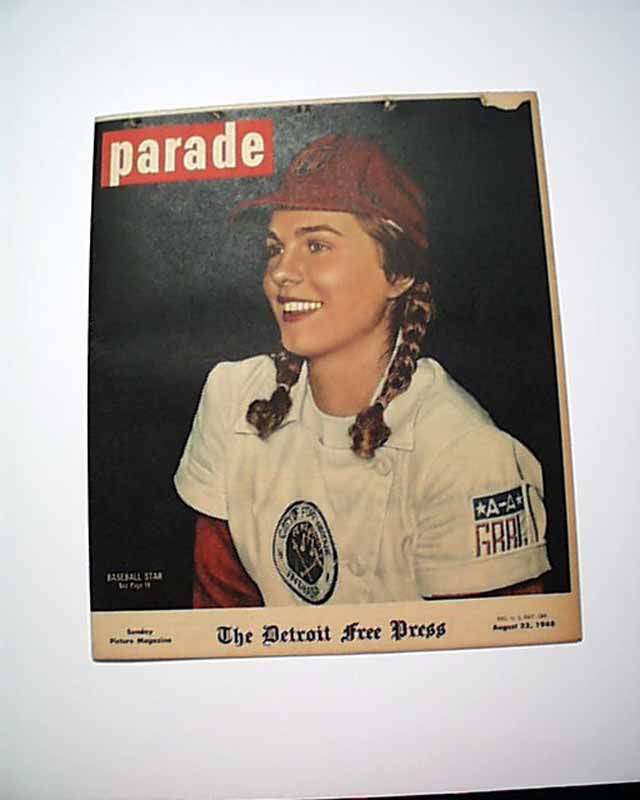 * Women's baseball league
* A great article with cover photo
* Inspiration for movie: "A League of Their Own"

The front front cover has "Baseball Star", showing a female professional baseball player. Inside has, "The New Look in Baseball is Offered by All-Girl League," with the subhead, "Beauty and skill attract the fans," with multiple corresponding photos (see images). A caption for one of the photos predicts there the games will draw approximately 1 1/4 million spectators.
Other articles and advertisements of the day.
The magazine is complete in 24 pages, has a slightly rough upper margin, but is generally nice.