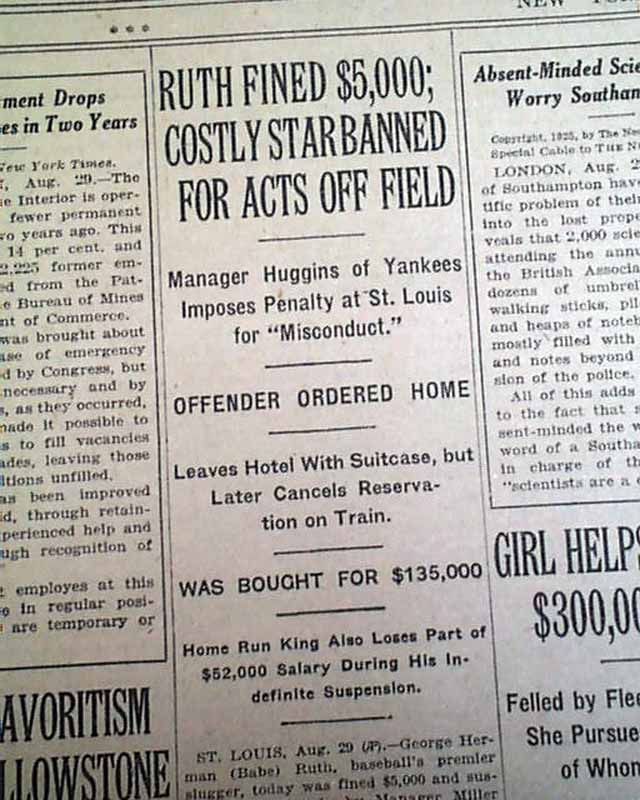 The top of the front page has a one column heading: "RUTH FINED $5,000; COSTLY STAR BANNED FOR ACTS OFF FIELD" with subheads: "Manager Huggins of Yankees Imposes Penalty at St. Louis for 'Misconduct'" "OFFENDER ORDERED HOME" and more. (see) First report coverage on Babe Ruth's suspension due to being late for batting practice after a night on the town. Was he hungover ? Great to have in this famous NYC title and on the front page. Rare as such.
Other news of the day. Complete 1st section only with all 28 pages, light toning, some spine wear, otherwise good.