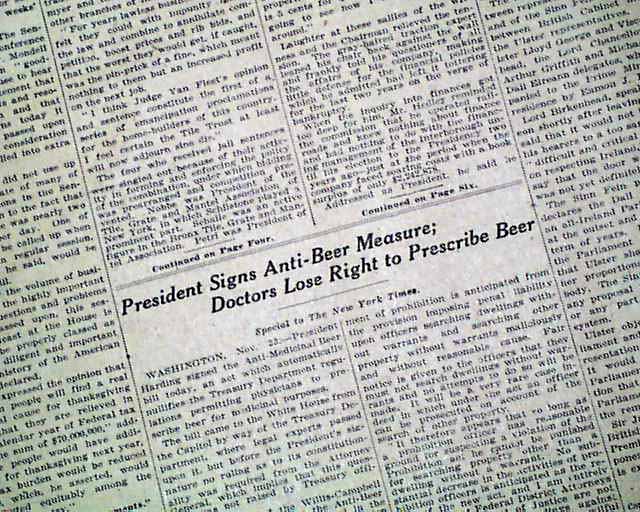 Near the bottom of the front page has a two column heading: "President Signs Anti-Beer Measure; Doctors Lose Right to Prescribe Beer" (see)
Other news, sports and advertisements of the day. Complete with all 40 pages, light toning, a little irregular along the spine, generally good.


wikipedia notes: The Willis–Campbell Act of 1921 prohibited doctors from prescribing beer or liquor as a “drug” to treat ailments.
The Act kept in force all anti-liquor tax laws that had been in place prior to the passage of the Volstead Act in 1919, giving authorities the right to choose whether or not to prosecute offenders under prohibition laws or revenue laws, but at the same time guaranteeing bootleggers that they would not be prosecuted in both ways.