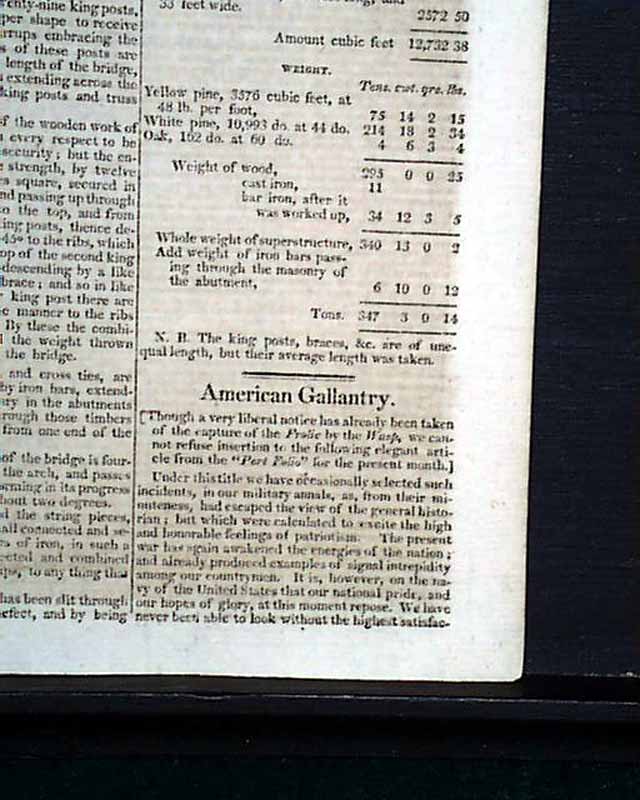 
THE WEEKLY REGISTER, Baltimore, Jan. 23, 1813  Among the reports re: "American Ingenuity" "American Gallantry" "the Heroes of King's Mountain" from the Revolutionary War battle; a full page chart: "A Statement of the Annual Revenue of the United States" "British Love of 'Liberty' "  and more.
The section headed: "Events of the War" takes 4 pages with much reporting on the on-going War of 1812. Among the contents are: "Military", a letter from the governor of Penna. to the Secretary of War; "Naval"; a lengthy letter from "Head-Quarters, Quebec" signed by Edward Baynes; and "American Prizes".
Sixteen pages, 6 1/4 by 9 3/4 inches, nice condition.