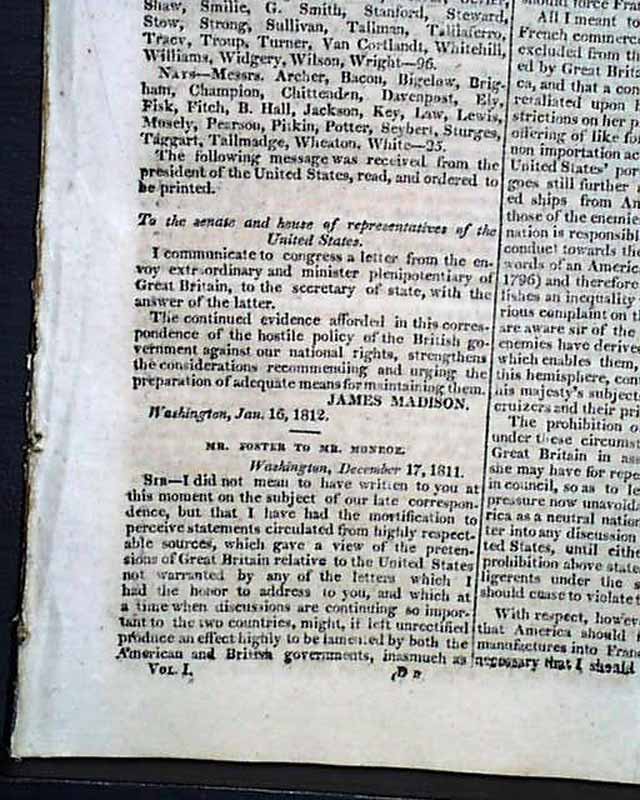 
THE WEEKLY REGISTER, Baltimore, Jan. 25, 1812  The front page has a letter to Congress signed by the President: James Madison, which hints of the coming war: "...The continued evidence afforded in this correspondence of the hostile policy of the British government against our national rights, strengthens the considerations recommending & urging the preparation of adequate means for maintaining them." What follows are over 6 pages of additional correspondence which includes 2 letters signed: James Monroe, and one: Jas. Madison.
Inside has 1 1/2 pages taken up with a detailed chart of the: "Population of the Territories of the United States". The back page has a report from Henderson, Kentucky, or an "Earthquake". Also a report from London of naval problems.
Sixteen pages, 6 1/4 by 9 3/4 inches, nice condition.